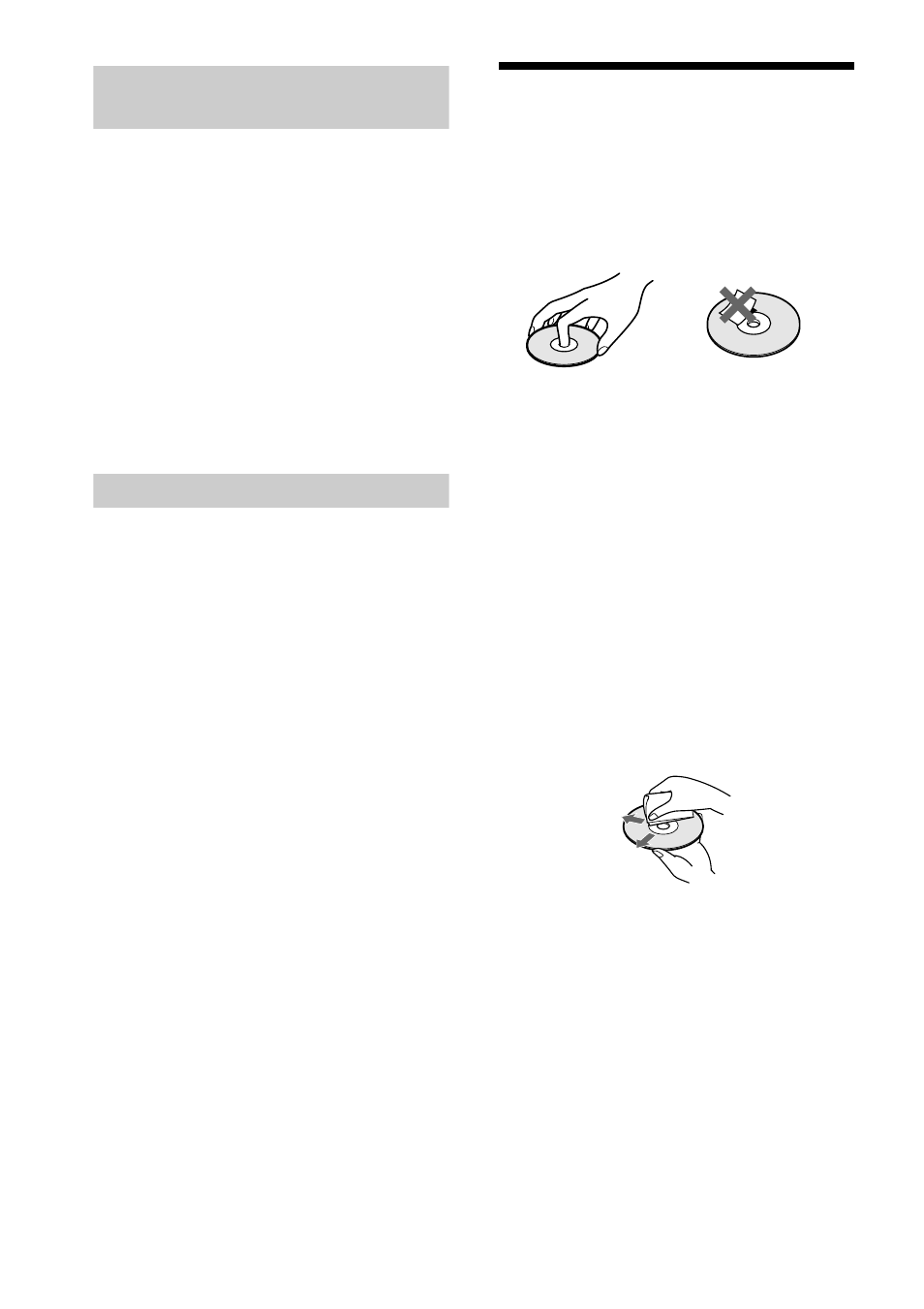 Notes on playback operations of
DVDs and VIDEO CDs

• Some playback operations of DVDs and

VIDEO CDs may be intentionally set by
software producers. Since this player plays
DVDs and VIDEO CDs according to the
disc contents the software producers
designed, some playback features may not
be available. Also, refer to the instructions
supplied with the DVDs or VIDEO CDs.

• CDs and VIDEO CDs may be heard louder

than DVDs even at the same volume
setting. This is due to the recorded volume
level intended by the producers. Set the
volume lower in advance.

This product incorporates copyright
protection technology that is protected by
method claims of certain U.S. patents, other
intellectual property rights owned by
Macrovision Corporation, and other rights
owners. Use of this copyright protection
technology must be authorized by
Macrovision Corporation, and is intended for
home and other limited viewing uses only,
unless otherwise authorized by Macrovision
Corporation. Reverse engineering or
disassembly is prohibited.

Notes about the Discs

• To keep the disc clean, handle the disc by its

edge. Do not touch the surface.

• Do not stick paper or tape on the disc.

• Do not expose the disc to direct sunlight or

heat sources such as hot air ducts, or leave
it in a car parked in direct sunlight as the
temperature may rise considerably inside
the car.

• After playing, store the disc in its case.

• Fingerprints or dust on a disc may cause

• Wipe the disc with a soft cloth from the

• If the disc is very dirty, first wipe it with a

damp cloth, then wipe it again with a dry
cloth.

• Do not use solvents such as benzine,