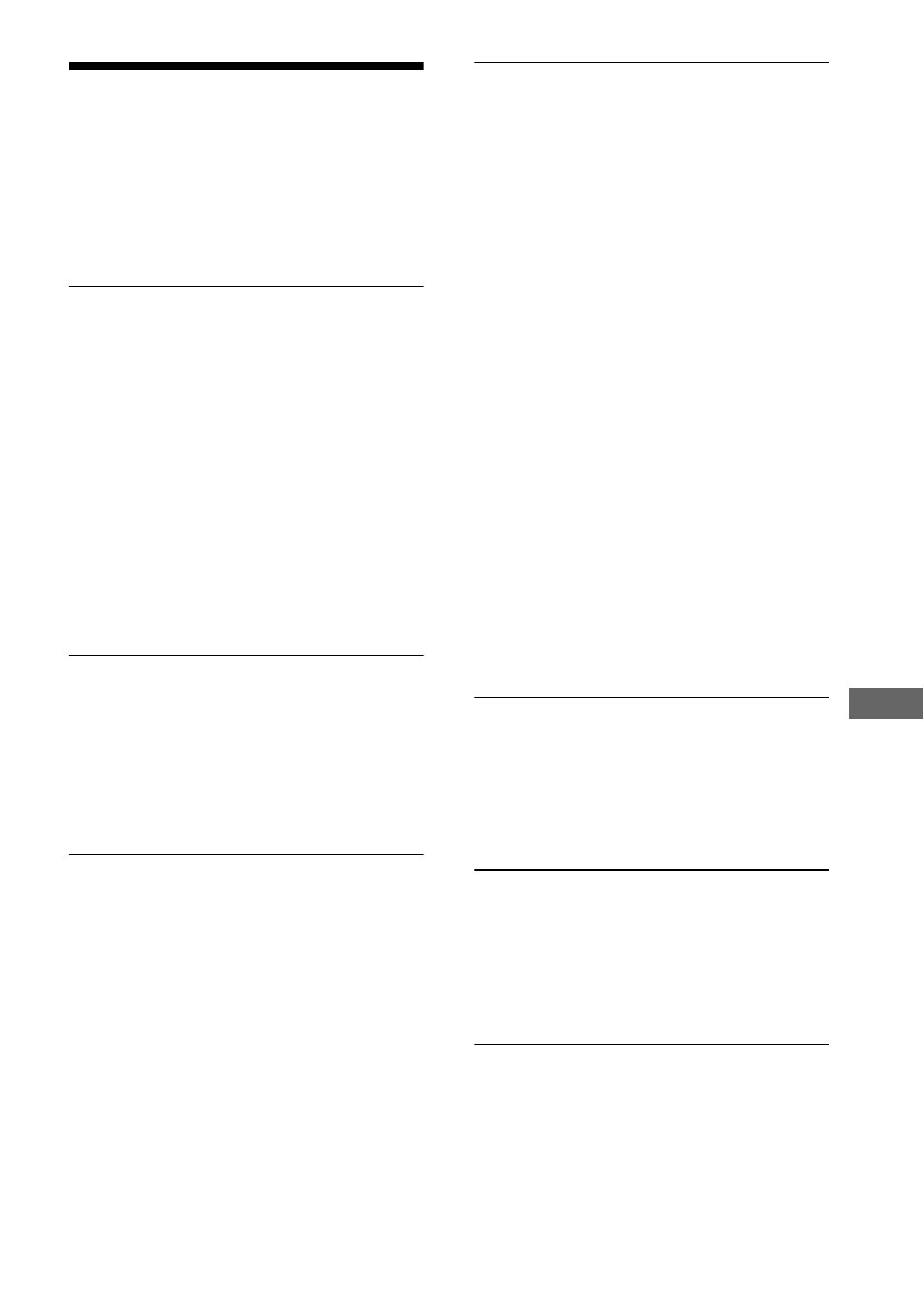 Sections of a picture or a music feature that
are smaller than titles. A title is composed of
several chapters. Depending on the disc, no
chapters may be recorded.

Digital audio compression technology
developed by Dolby Laboratories. This
technology conforms to sound ranging from
monaural to 5.1-channel surround. The rear
channel is stereo and there is a discrete
subwoofer channel in this format. Dolby
Digital provides the same 5.1 discrete
channels of high quality digital audio found
in Dolby Digital cinema audio systems. Good
channel separation is realized because all of
the channel data are recorded discretely and
little deterioration is realized because all
channel data processing is digital.

Digital audio compression technology that
Digital Theater Systems, Inc. developed.
This technology conforms to 5.1-channel
surround sound. The rear channel is stereo
and there is a discrete subwoofer channel in
this format. DTS provides the same 5.1
discrete channels of high quality digital
audio.
Good channel separation is realized because
all of the channel data is recorded discretely
and little deterioration is realized because all
channel data processing is digital.

A disc that contains up to 8 hours of moving
pictures even though its diameter is the same
as a CD.
The data capacity of a single-layer and
single-sided DVD is 4.7 GB (Giga Byte),
which is 7 times that of a CD. The data
capacity of a double-layer and single-sided
DVD is 8.5 GB, a single-layer and double-
sided DVD is 9.4 GB, and double-layer and
double-sided DVD is 17 GB.
The picture data uses the MPEG 2 format,
one of the worldwide standards of digital
compression technology. The picture data is
compressed to about 1/40 (average) of its
original size. The DVD also uses a variable
rate coding technology that changes the data
to be allocated according to the status of the
picture. Audio information is recorded in
Dolby Digital as well as in PCM, allowing
you to enjoy a more real audio presence.
Furthermore, various advanced functions
such as the multi-angle, multilingual, and
Parental Control functions are provided with
the DVD.

A number that divides a track into sections to
easily locate the point you want on a VIDEO
CD or CD. Depending on the disc, no index
may be recorded.

International standard coding system used to
compress audio digital signals authorized by
ISO/IEC. MPEG 1 conforms to up to 2-
channel stereo. MPEG 2, used on DVDs,
conforms to up to 7.1-channel surround.

A function of the DVD used to limit playback
of the disc according to the age of the user
and the limitation level in each country. The
limitation varies from disc to disc; when it is
activated, or playback is completely