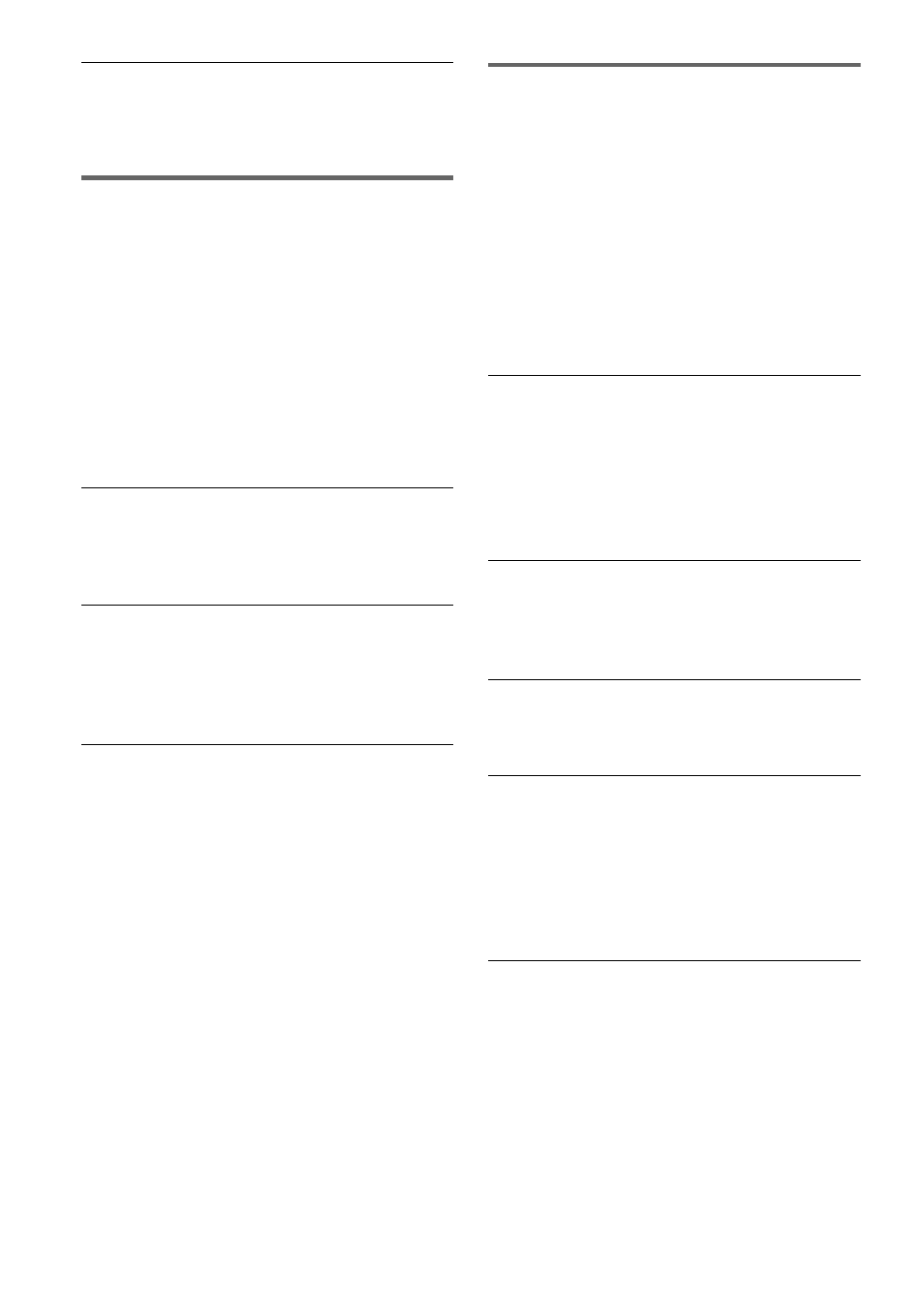 The picture does not fill the screen, even
though the aspect ratio is set in “TV Type” in
“Video” setup.

, The aspect ratio of the disc is fixed on your DVD.

There is no sound.

, Re-connect all connections securely.
, The connecting cord is damaged.
, The input source setting on the amplifier or the

connection to the amplifier is incorrect.

, The recorder is in reverse play, fast-forward,

, If the audio signal does not come through the

, When playing a CD with DTS soundtracks, noise

The sound volume is low.

, The sound volume is low on some DVDs.

An alternate audio track cannot be recorded or
played.

for all programs. The program you are recording
does not have a second audio program.

, You have set “Tuner Audio” in “Audio” setup to

, If you have connected an AV amplifier to the

DIGITAL AUDIO OUT (OPTICAL or
COAXIAL) jack and want to change the audio
track for a DVD-RW (VR mode)/DVD-R (VR
mode) during playback, set “Dolby Digital” in
“Audio” setup to “D-PCM” (page 102).

, When recording to a disc other than DVD-RWs

The disc does not play.

, The disc is upside down. Insert the disc with the

labeled side facing up.

, The disc is not correctly inserted.
, Moisture has condensed inside the recorder.

Remove the disc and leave the recorder turned on
for about half an hour until the moisture
evaporates.

, If the disc was recorded on another recorder, the

recorder cannot play the disc if it was not
finalized (page 91).

The disc does not start playback from the
beginning.

, Resume play was activated (page 39).
, You have inserted a disc whose Title menu or

DVD menu automatically appears on the TV
screen when it is first inserted. Use the menu to
start playback.

, If the disc has an auto pause signal, the recorder

Some functions such as Stop, Search, or Slow-
motion Play cannot be performed.

, Depending on the disc, you may not be able to do

some of the operations above. See the instruction
manual supplied with the disc.

, While the recorder is reading disc information,

playback operations will not work.

The language for the soundtrack cannot be
changed.

, Multilingual tracks are not recorded on the disc

, The DVD VIDEO prohibits the changing of the

language for the soundtrack.