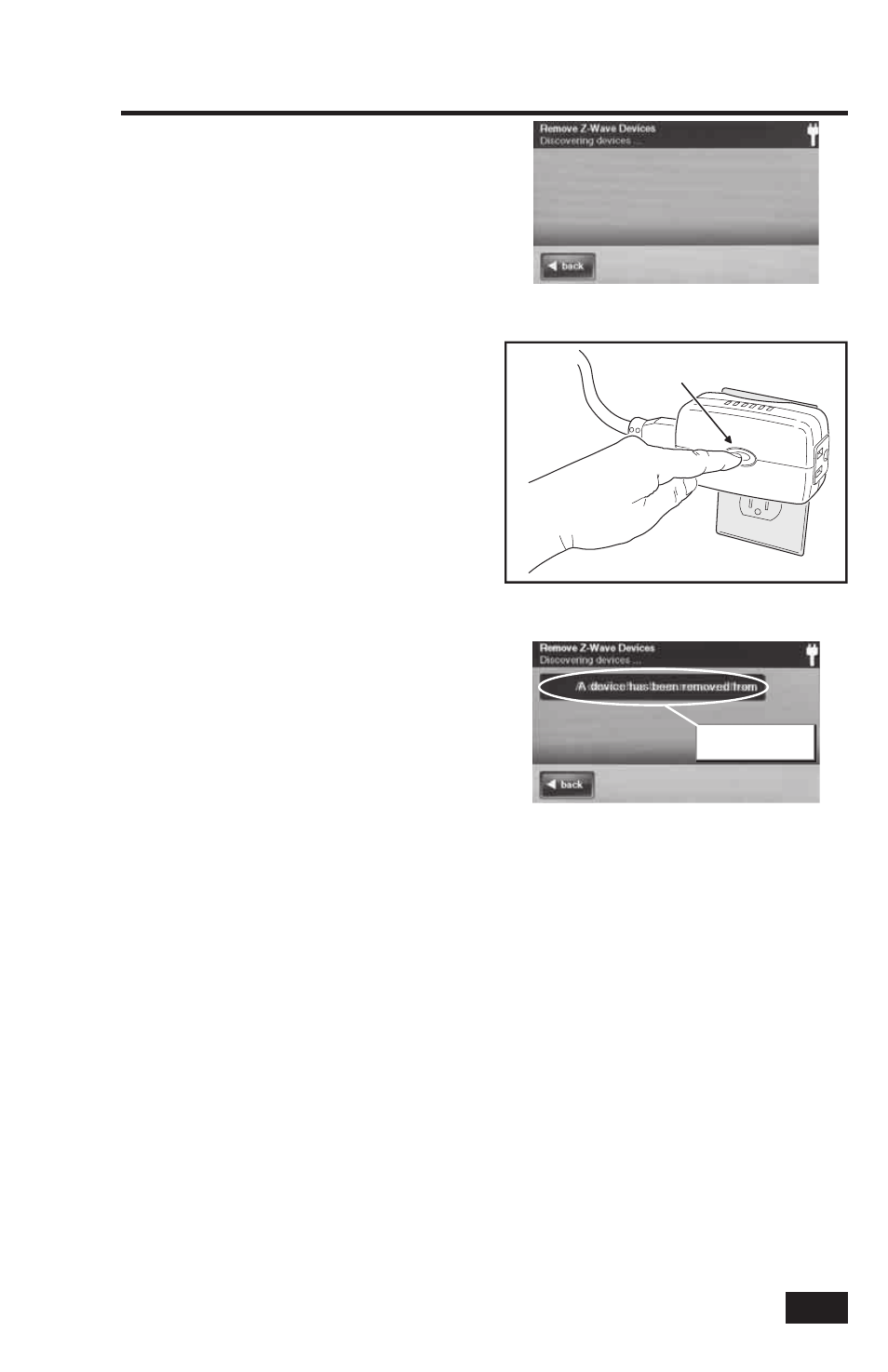 When a device will no longer be used in the
home control network, it should be removed
(also called excluded) from the network so the
system will not try to communicate with the
missing device.

To remove one or more devices from the
network, use the following steps:

1. From the Toolbox Screen, press the REMOVE

DEVICES button. The Control Panel will display
“Discovering devices” and wait for a signal from
a device.

2. Press and release the program button on the

device. (This button may also be called “bind”,
“learn”, or may not be labeled.)

3. When the device is discovered, the display will

show “A device has been removed from the
network...”.

4. Repeat Steps 2 and 3 for any additional devices

that need to be removed from the network at
this time.

5. Press BACK when fi nished.

These steps can be used at any time to remove
devices from the home control network.