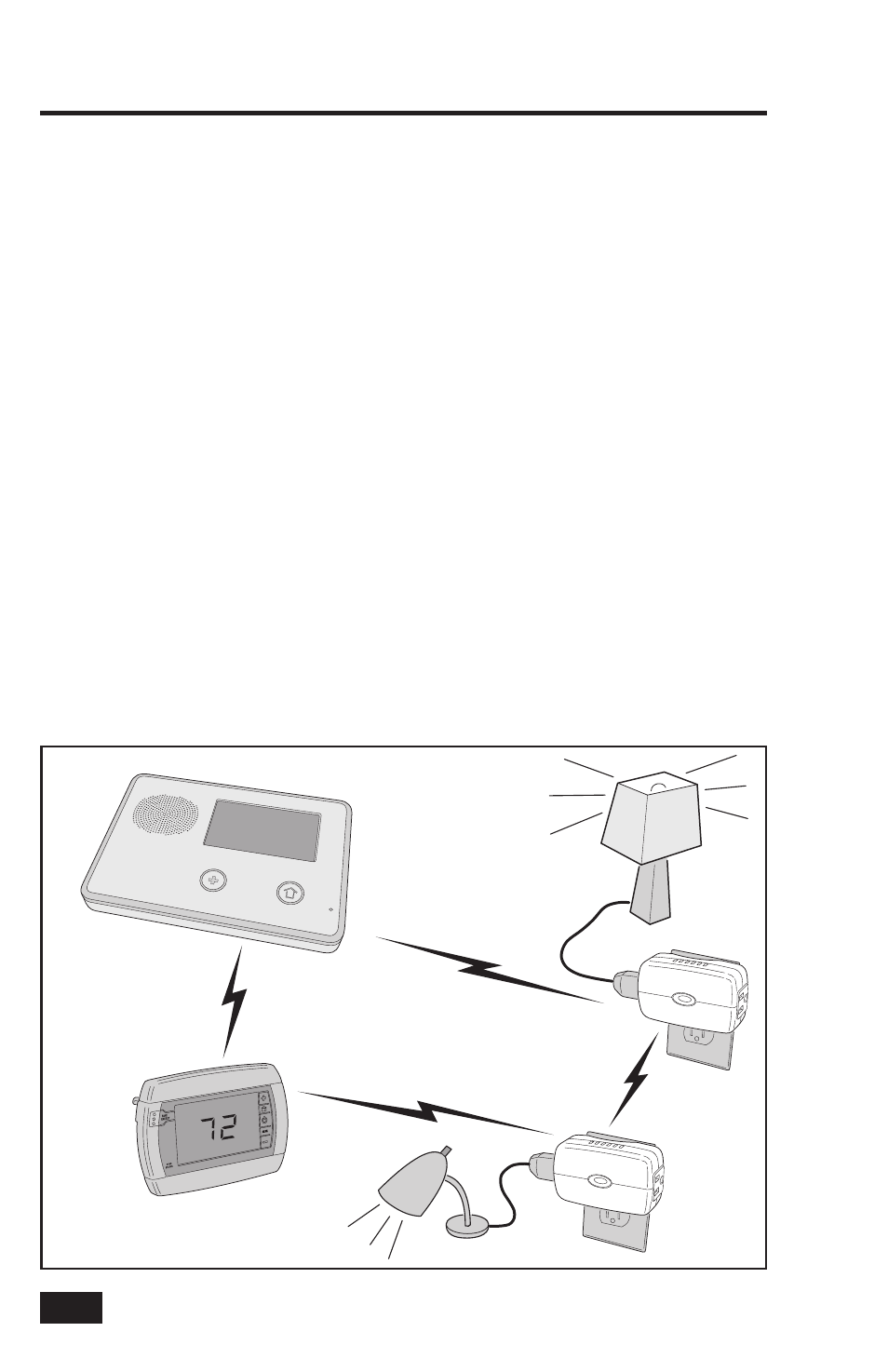 allows you to remotely control Z-Wave

devices in your home.

Z-Wave is a registered trademark of Zensys Inc. and/or

Z-Wave enabled devices are remote control modules that lights or appliances
plug into or accessories with built-in Z-Wave capabilities that are designed to
work with all other Z-Wave enabled devices in a home control network. Each
module can act as a wireless “ repeater” that extends the range of the system
and insures that commands intended for another device in the network are
received.

The wireless range of Z-Wave devices have a standard, open-air, line-of-sight
distance of 65 feet. The actual performance in a home will depend on the
type on construction, amount of metal between devices, and the number of
Z-Wave devices that are repeating the wireless signals.

Beyond simple controlling of a single device, multiple device control
commands can be assigned using a “Scene”. A Scene can be run on its own,
or “ Rules” can be assigned to trigger a Scene after a Control Panel “ event”
such as arming your system or when an alarm occurs.