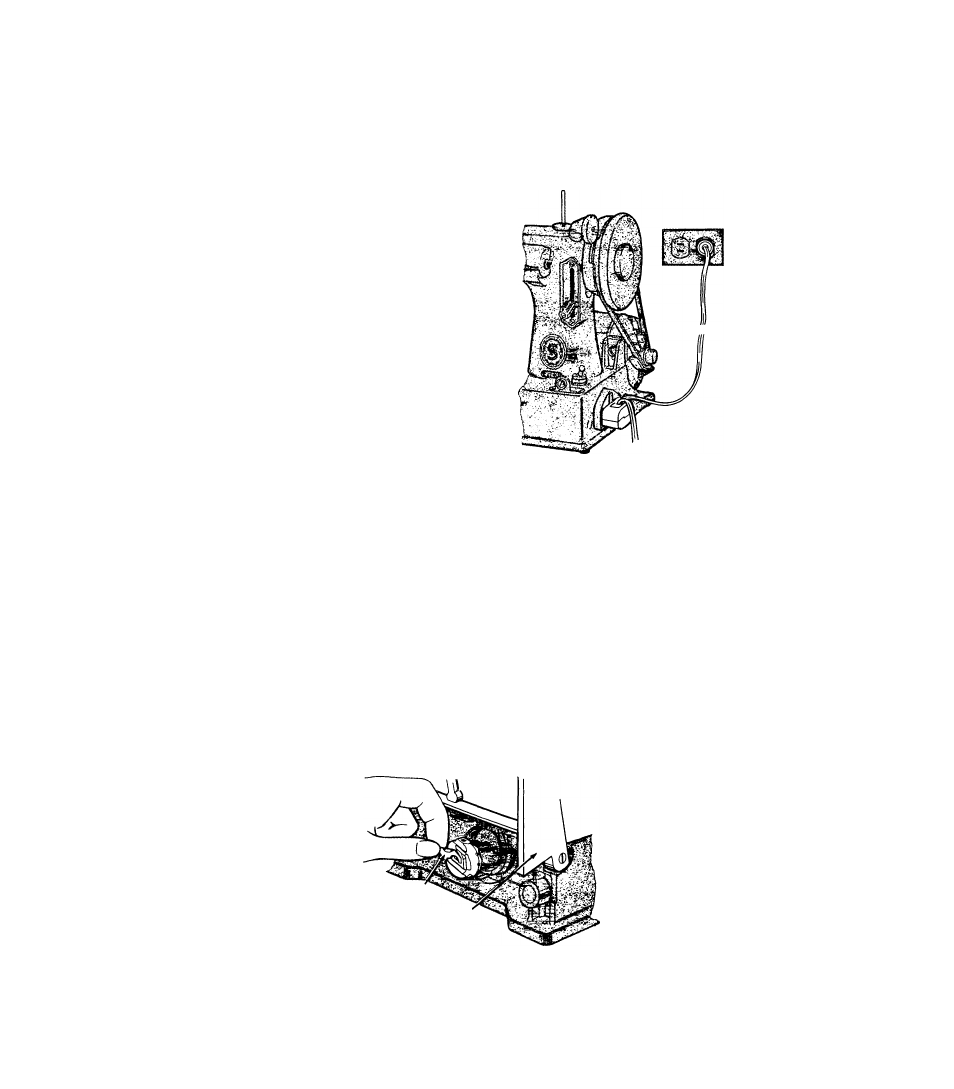 at back of ma­

Special motors can be provided through your

SINGER SEWING CENTER for direct or

alternating current for any voltage between 50

your electric meter installed by your power

plug on 3-pin terminal block at right of

machine and connect plug at other end of

The speed of machine is

regulated by amount of pressure on foot

TO REMOVE BOBBIN CASE AND BOBBIN

Release latch and bobbin will drop out.