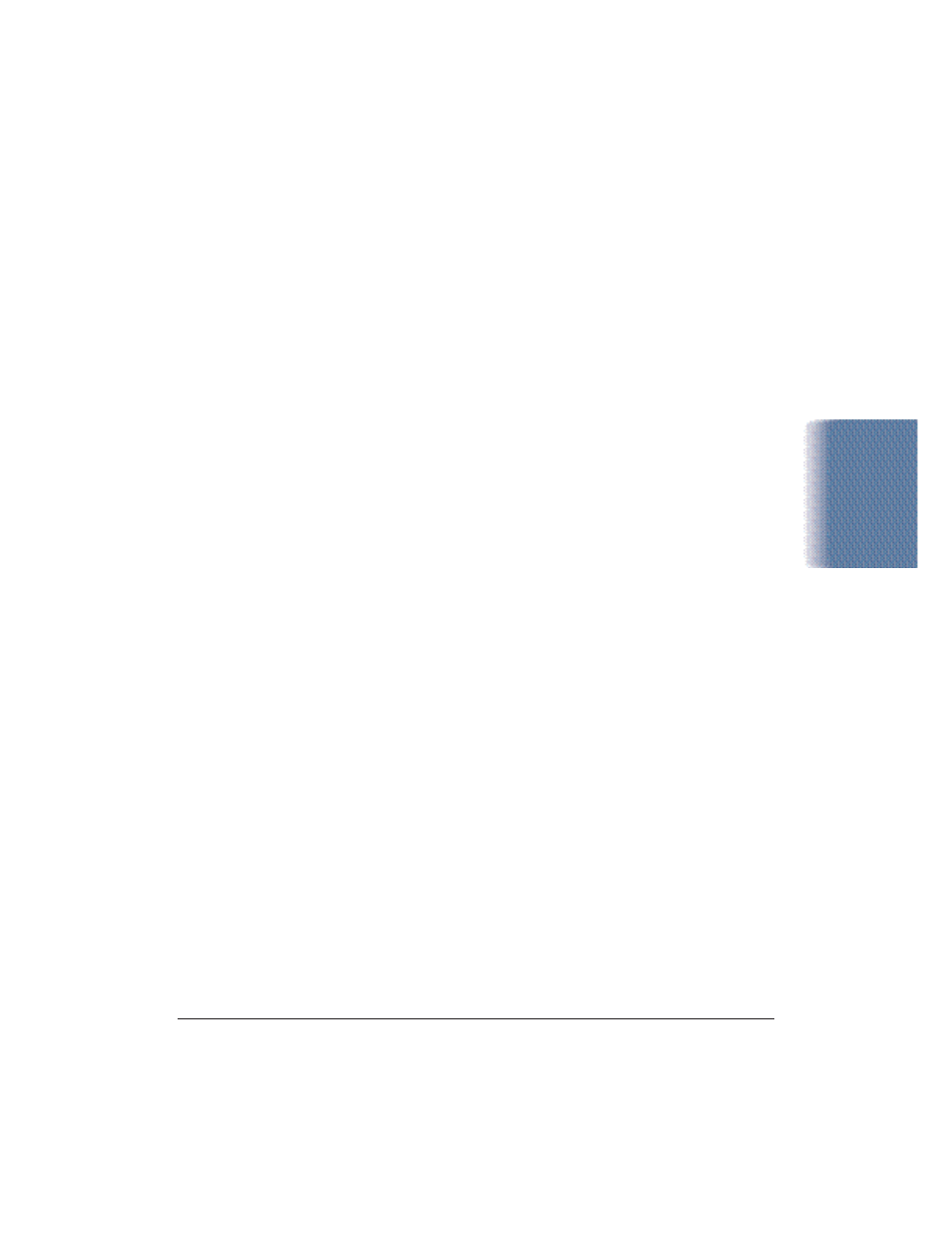 The area of a sheet of paper on which a printer can reproduce text or
graphics (the printing area is smaller than the paper). On this printer,
the printing area varies depending on the type of paper being used.

Software that sends printing instructions to a printer. The printer driver
keeps track of the attributes of a printer and the codes the program
must send to access those attributes.

Random Access Memory. Printer memory that is used for temporary
storage of information you want to print.

The density of dots for any given output device. Expressed in terms of
dots per inch (dpi). Low resolution causes font characters and graphics
to have a jagged appearance. Higher resolution means smoother curves
and angles as well as a better match to traditional typeface designs.
Resolution values are represented by horizontal data and vertical data,
for example, 360

360 dpi. This printer can produce output with

An acronym for Red, Green, and Blue; the three primary colors used in
the additive process to form a wide spectrum of colors.