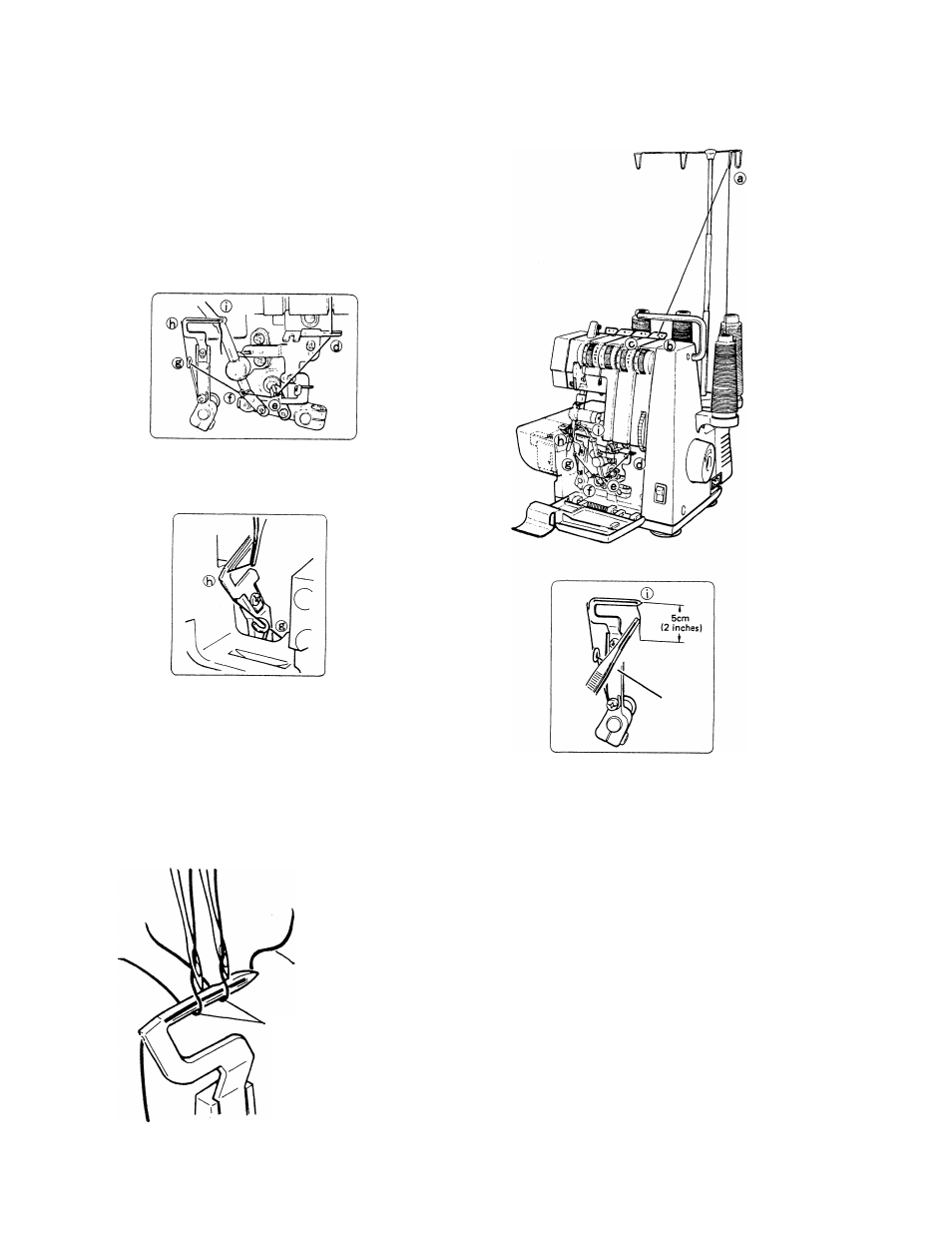 (2) Thread left looper in sequence from ® to © (marked in yellow color). Cylinder cover must also be

removed when threading this part, (Refer to page 4 for cylinder cover removal).

While holding thread with finger,
pass it between the tension discs

and pull thread down to make
certain it is properly located In
between the tension discs.

Turn hand wheel toward you
until left looper is at left as far
as it will go and thread looper
thread hole (J) from left to
right. (Use tweezers provided in
your accessory set).

Turn hand wheel toward you until

the looper is at right as far as

it will go passing the thread under
the throat plate, then using the
tweezers, thread the looper thread
hole © from front to back. Draw

about 5cm (2 inches) of thread
from thread hole.

Note: When left looper thread breaks or when changing

the thread, be sure to pass the left looper thread
through the inner side of the needle thread as
shown. If it is difficult to thread the left looper
in the manner described above, cut the needle

thread and rethread left looper first and then
the needle to avoid erroneous threading.