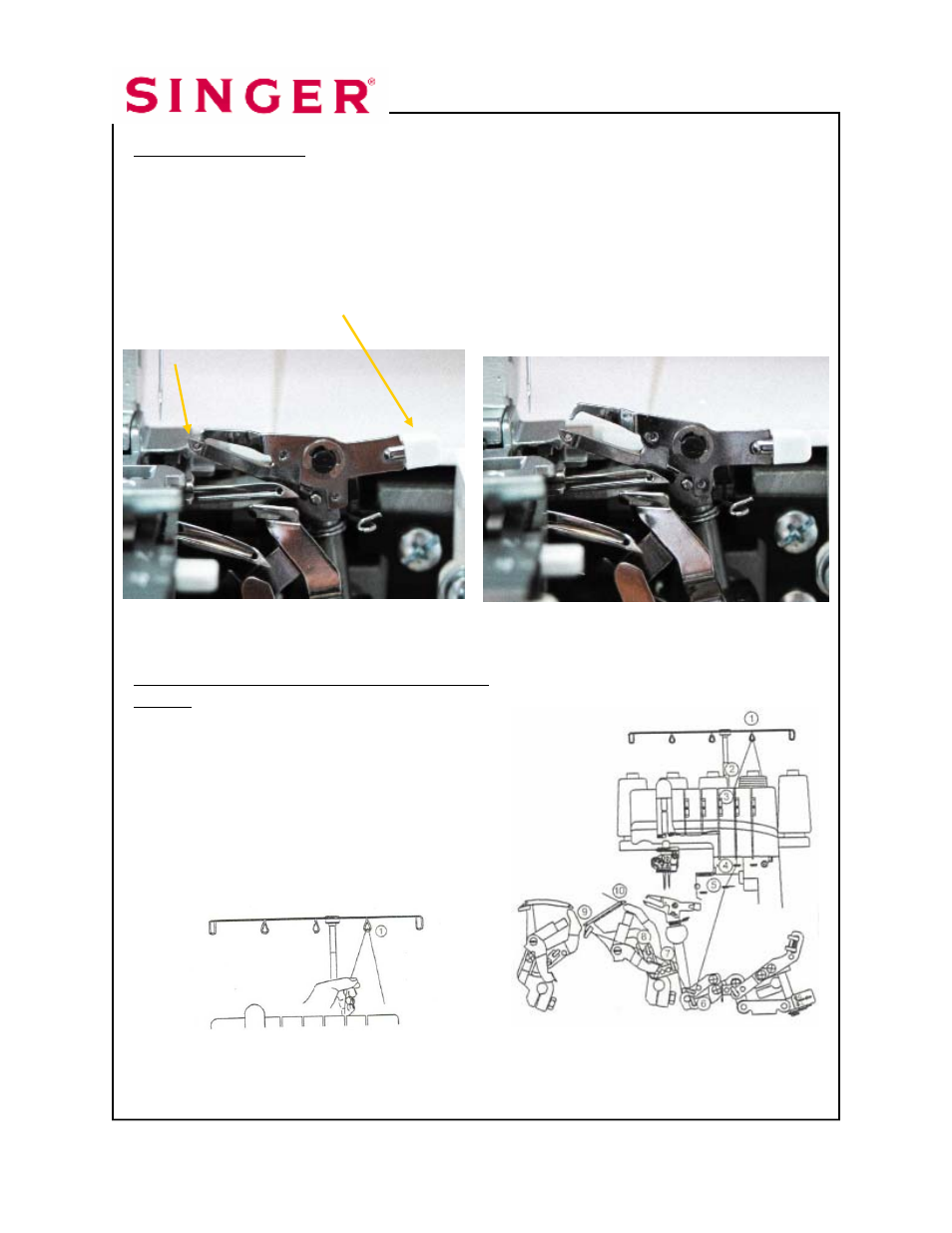 1. Lower the white handle on the Spreader to open the eye of the Upper
Looper.

1. Raise the Presser Foot to release the