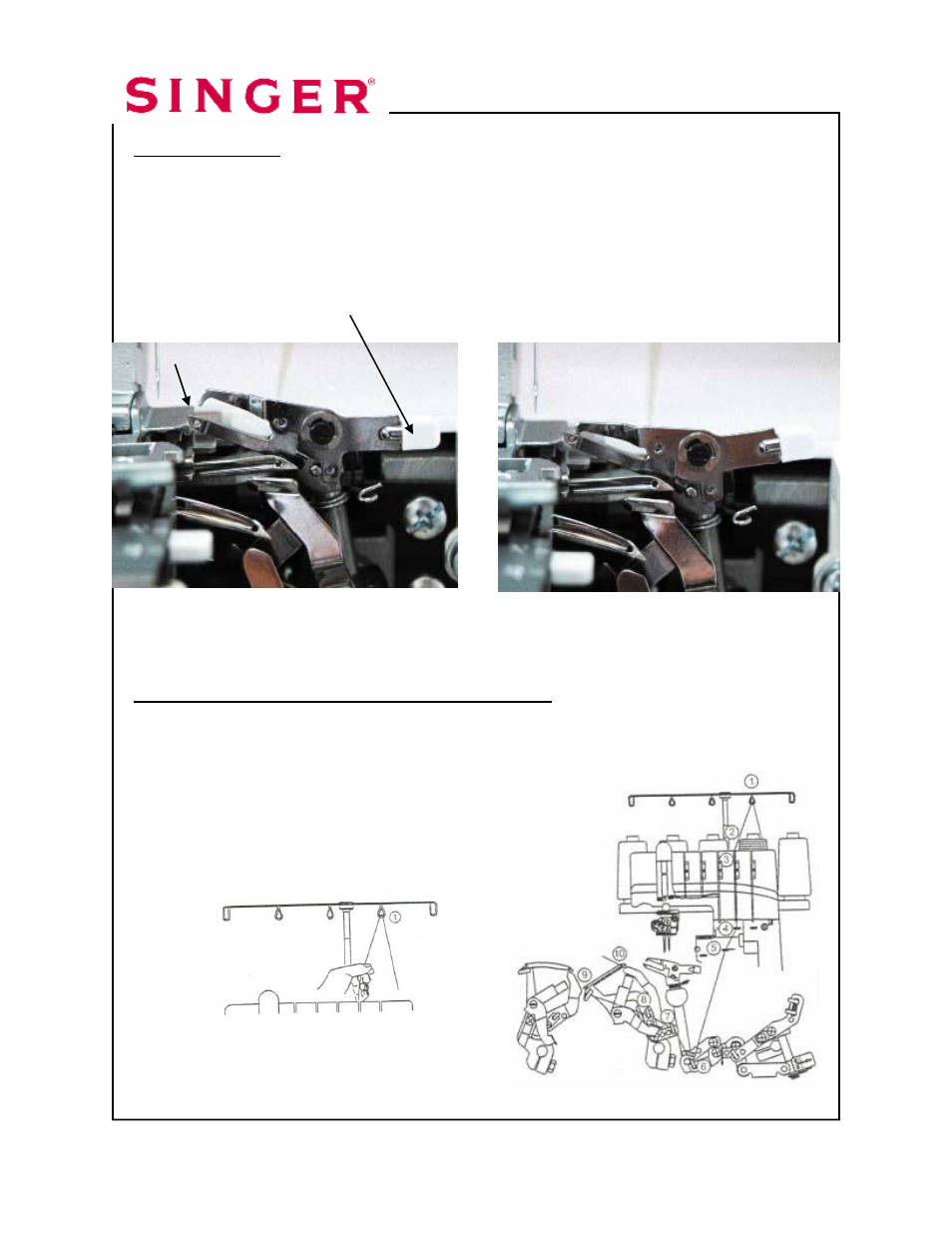 1. Raise the white handle on the Spreader to insert the tip into the eye of the

1. Raise the Presser Foot to release the Tension disks. Thread the Lower

2. Pass thread from back to the front

through the thread guide .