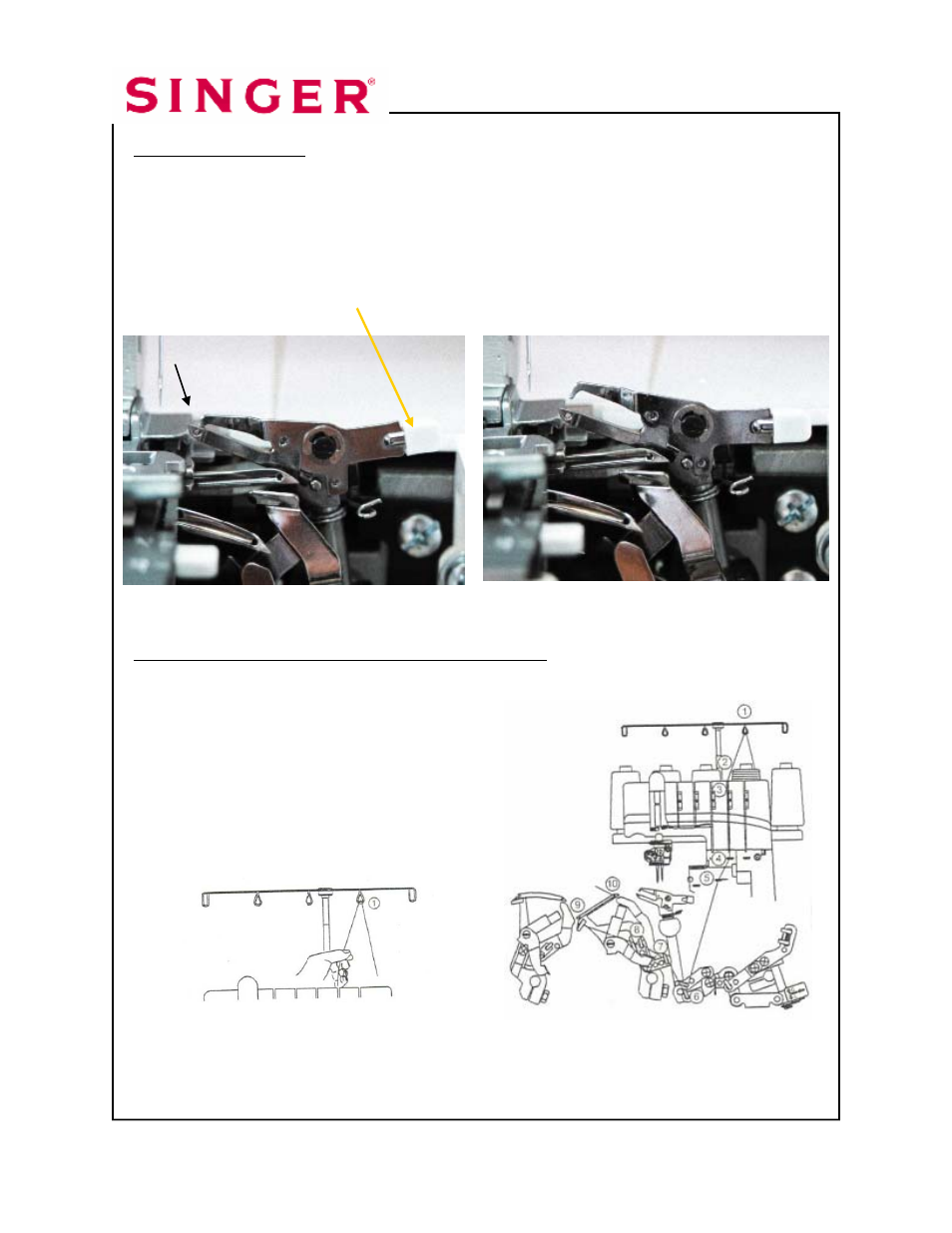 1. Raise the Presser Foot to release

the tension disks. Thread the Lower
Looper as illustrated 1-9.