To attach the tucker to the machine, How to adjust the scales on the tucker – SINGER 404K User Manual 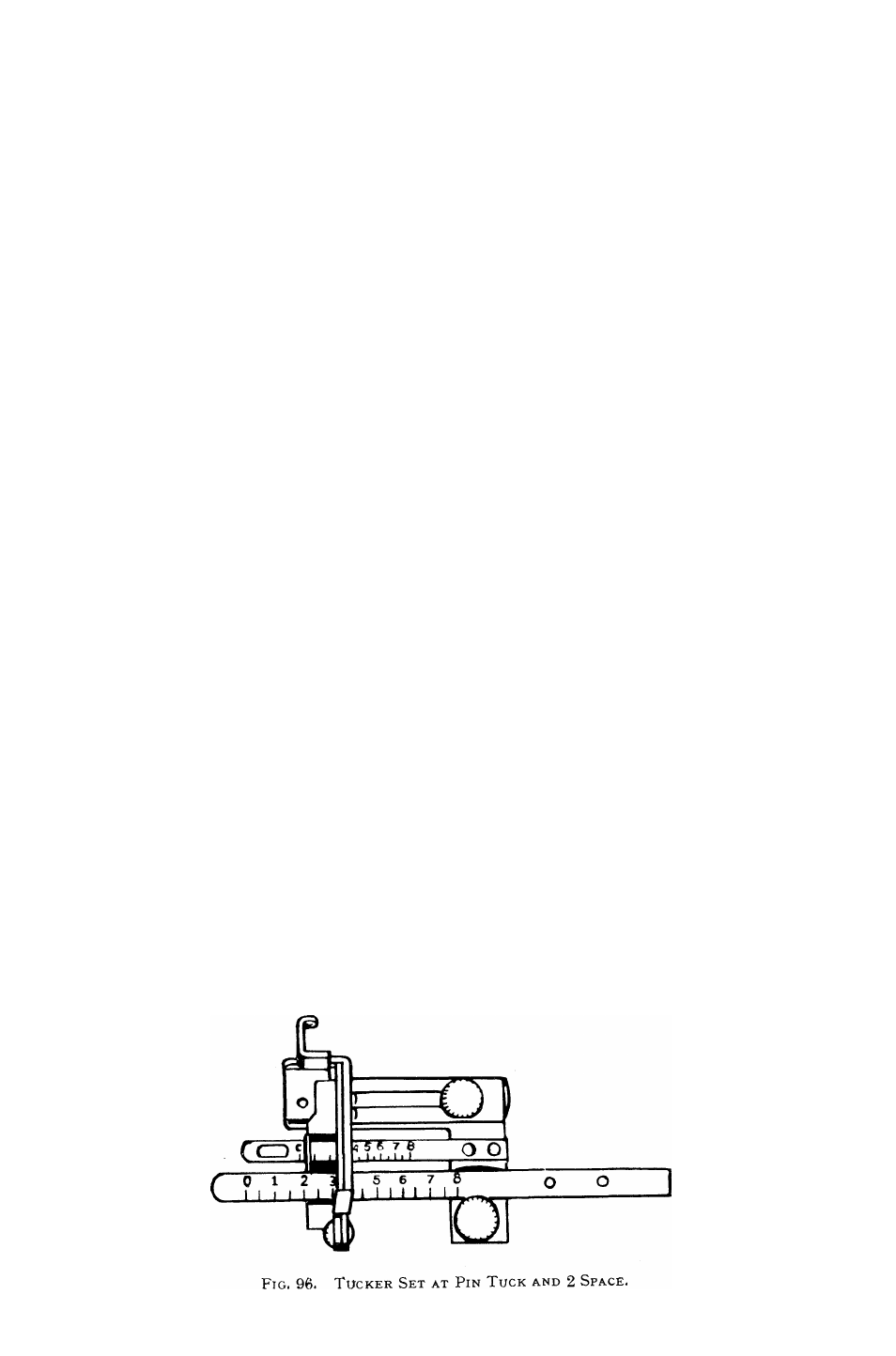 which is adjustable and may be set for any desired width

The tuck scale also acts as a smoothing blade, keeping the tucks of
uniform width.

by means of which the tuck guide may

be set at any point on the tuck scale.

contains figures on the upper blade which indicate the

width of the space between tucks. The middle or

contains a groove into which the material is pressed by the

end of the lower or

thus marking the goods for the folding

of the next tuck.

by means of which the space scale

may be set at any desired point.

which presses on the grooved blade, marks the material

as it passes between the grooved and spur blades.

A careful study of the Tucker parts, and their relation to each other,

before using this attachment, will make its operations quite clear.

To Attach the Tucker to the Machine.

Raise the needle bar to the highest point, remove the presser foot from

the machine and attach the Tucker in its place. Care should be taken to see
that the Tucker is securely fastened to the presser bar and that the needle

goes through the centre of the needle hole. Note the position of the marking

lever, making sure that it is in the lower position and that the needle clamp

works on it as the machine sews.

How to Adjust the Scales on the Tucker.

adjustment of the scales. Adjustment for width of tuck is made by loosening

inch, the marks between figures are sixteenths.