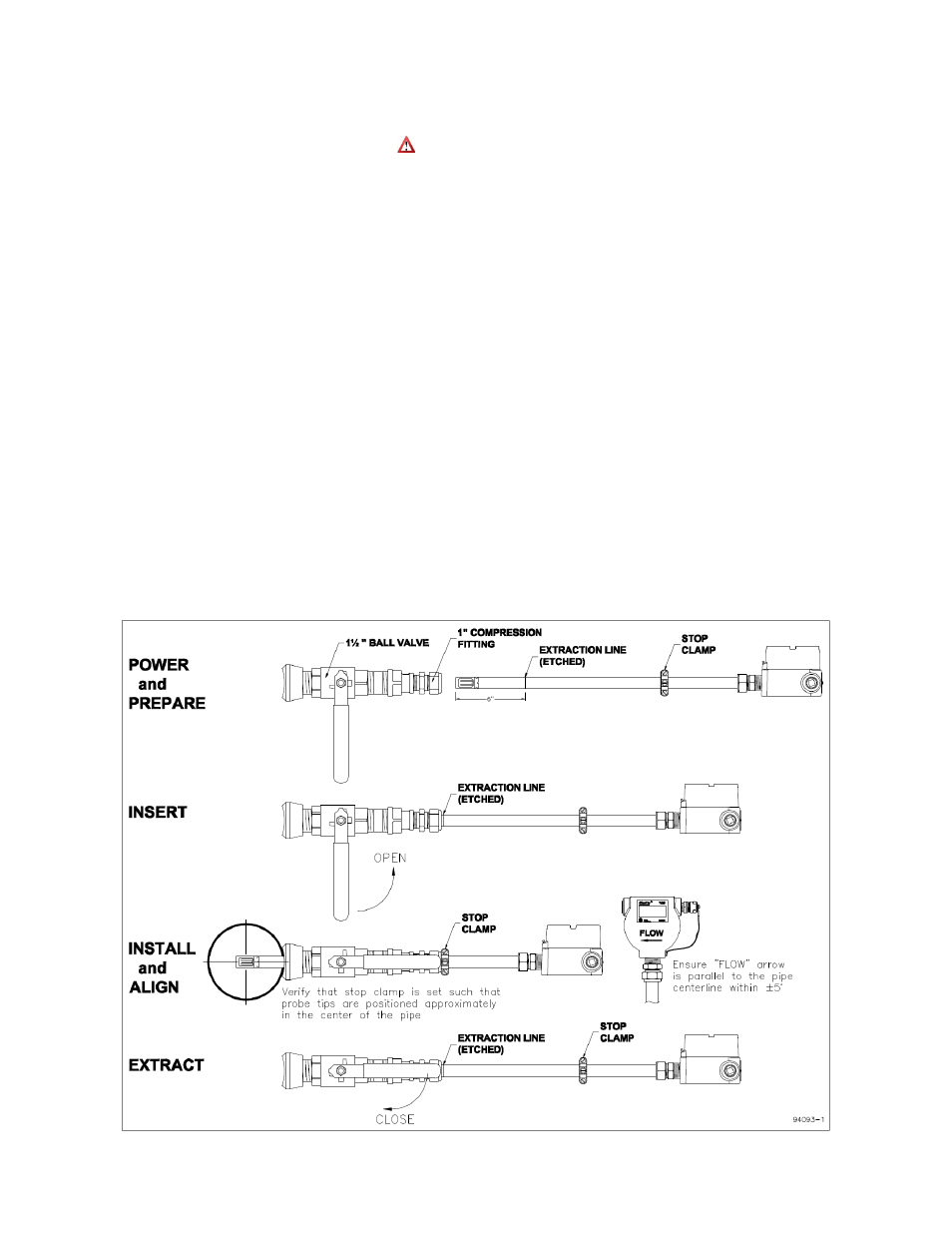 1. Power up your RheoVac MSP for at least 30 minutes before inserting probe into the

DO NOT leave probe in vent line without power or when

2. Prepare each probe. Verify stop clamp location (see Figure 3). It is important that

the stop clamp is securely in place which determines the position of the multi-
sensor assembly and ensures that the probes do not contact the opposite pipe wall.
Contact with the pipe wall could damage the probe. The clamp’s location is set at
the factory and is marked with a groove on each probe shaft. This location roughly
places the thermal mass flow elements (two metal probe tips) in the center of the
pipe. Refer to this mark if a stop clamp is inadvertently moved. Loosen the
compression nut on the thermocouple connector of the ball valve assembly and
clean the inner surface of the thermocouple connector to ensure it is free of particles
that may cause probe damage.

3. Insert probe until the extraction line meets the compression nut and snug the

4. Install each probe. When installing under vacuum, do not allow the clamp to

5. Align the FLOW arrow to the direction of flow and the centerline of the pipe.
6. When removing the probe, loosen the compression nut on the thermocouple

connector of the ball valve assembly and slowly extract the probe until the
Extraction Line is visible (see Figure 3). This indicates that the probe is clear of the
ball valve. Close the ball valve, then remove the probe from the assembly.