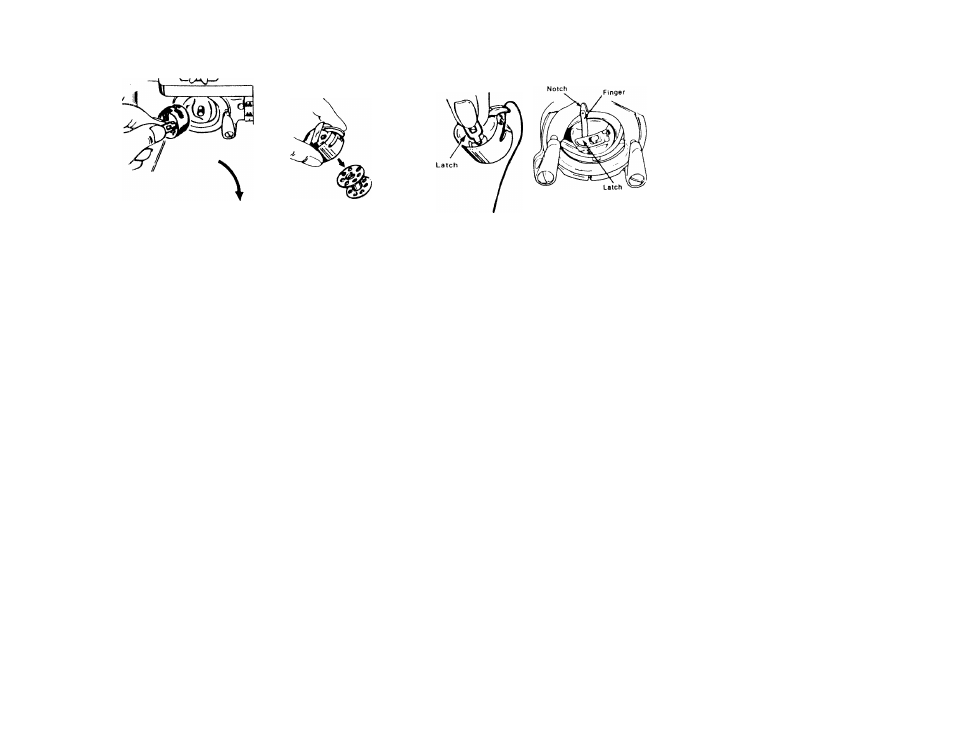 TO REMOVE THE BOBBIN FROM BOBBIN CASE:

case cannot be removed when needle bar is
at low position.

with two fingers and remove bobbin case as
shown above.

TO ATTACH THE BOBBIN CASE:

• Thread bobbin as shown on page

• Making sure that needle bar is at its highest