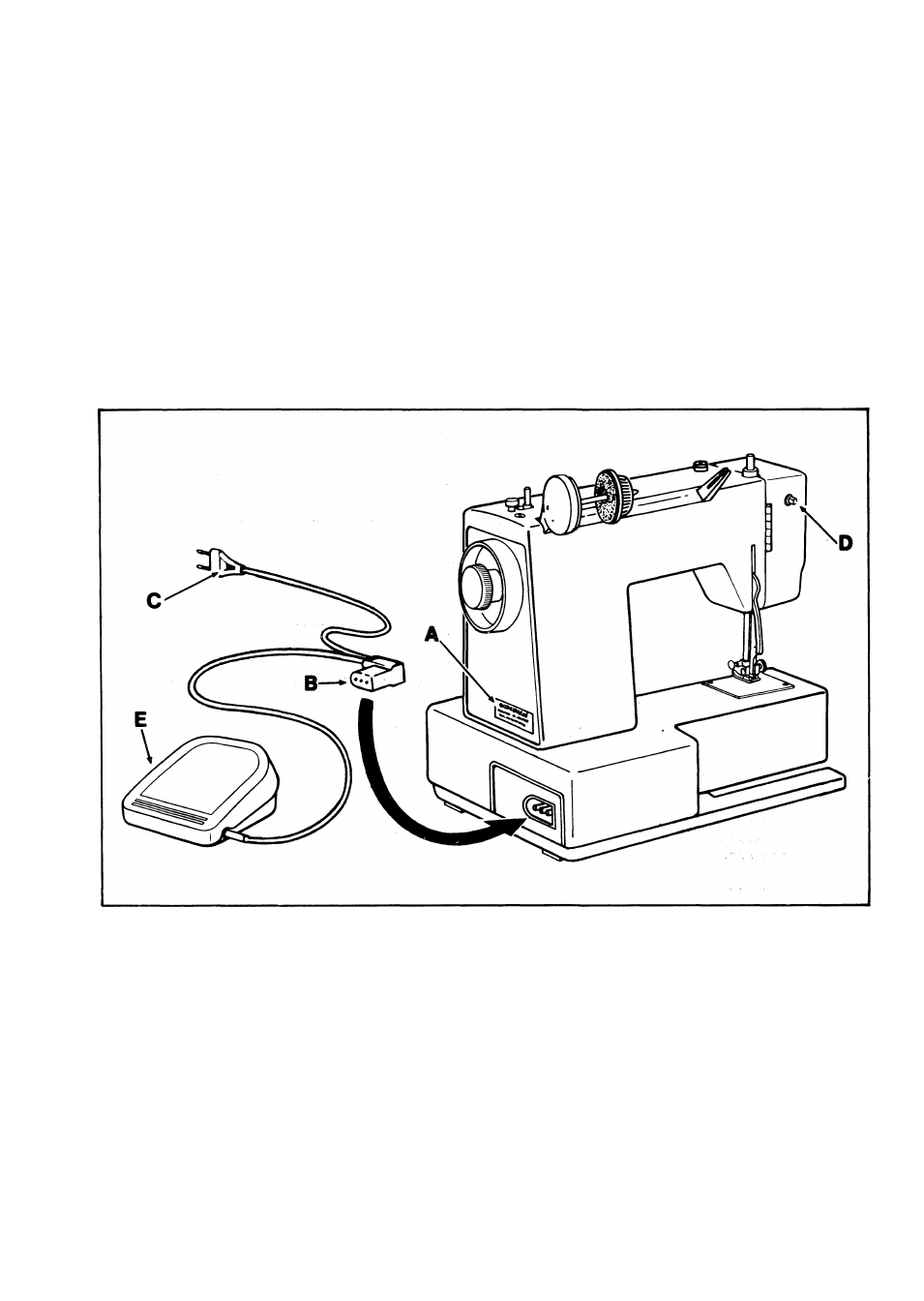 • Before plugging in your machine, be sure the

electrical information on the side of the

machine A, below the hand wheel, agrees

with the range marked oh your electrical

• To turn on the macnine, connect plug B to

machine and plug C to your socket outlet.

• To turn on the sewing light, press or turn

• To run the machine and control speed, press

the speed controller E with your foot. The

harder you press, the faster the machine will

the socket outlet when changing needles, feet or

needle plates or when leaving the machine unat'

tended. This eliminates the possibility of starting
the machine by accidentally pressing the speed

IMPORTANT - Machines for Great Britain and some other countries having similar wiring standards are ship­
ped from the factory without a plug for connection to the mains.

The wires in this mains lead are coloured In accordance with the following code:

Identifying the terminals in your plug, proceed as follows:

coloured black.
The wire which is coloured brown must be connected to the terminal which is marked with the letter