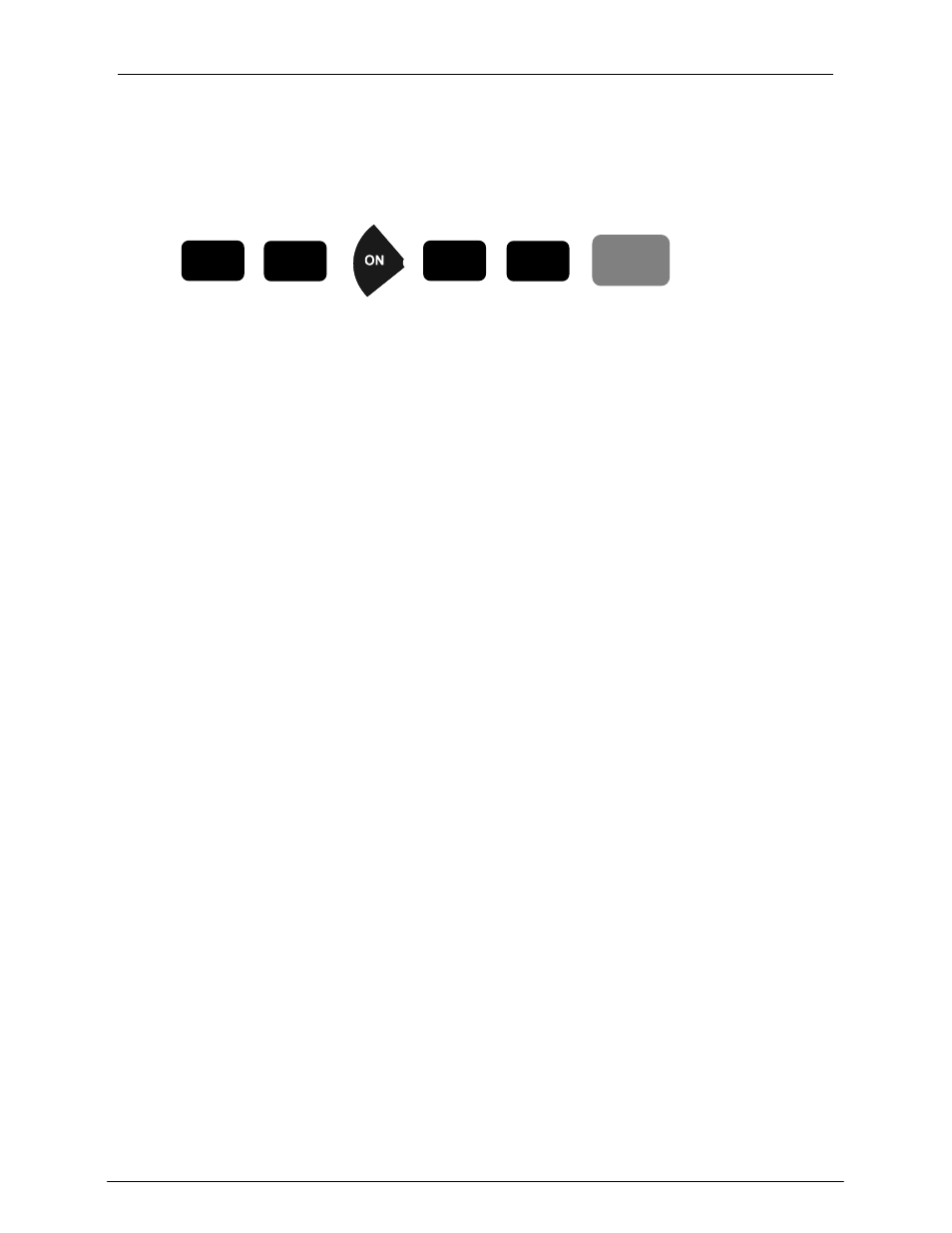 The Minutes feature allows a station to be operated for a specified amount of time up to 60
minutes maximum. A station must first be selected and turned on prior to using the Minutes key.

The station will turn on immediately after pressing the ON key and all other stations will go off.
The time count will start when the Minutes key has been pressed.

If a station number is not entered, the currently selected station will be
turned on for the specified time of 47 minutes.

When the selected station is on, the only 3 keys that are recognized are:

1. OFF Key – The OFF key will turn the station, the master valve or the pump off. The

controller will return to the Automatic Mode.

on. The minute counter automatically re-starts.

When the station run time is complete, either by the operator pressing the OFF key or the run
time as elapsed, the controller will return to the status of a newly connected remote.

• AUTO UP will turn on station 1
• AUTO DOWN will turn on the next sequential station
• ADD STATIONS feature will do nothing, as there is no current number defined.

Beep tones are used to indicate the operational status of the Pro Max transmitter or Pro Max
receiver. A valid beep occurs when a key is pressed and the Pro Max transmitter unit
acknowledges the key entry by producing a single short tone burst. An invalid response occurs
when a invalid key is pressed, resulting in a series of short tones going on and off continuously.

The Pro Max receiver will emit a valid beep whenever a valid command is received from the Pro
Max transmitter. An invalid beep will occur whenever an illegal command sequence is received.