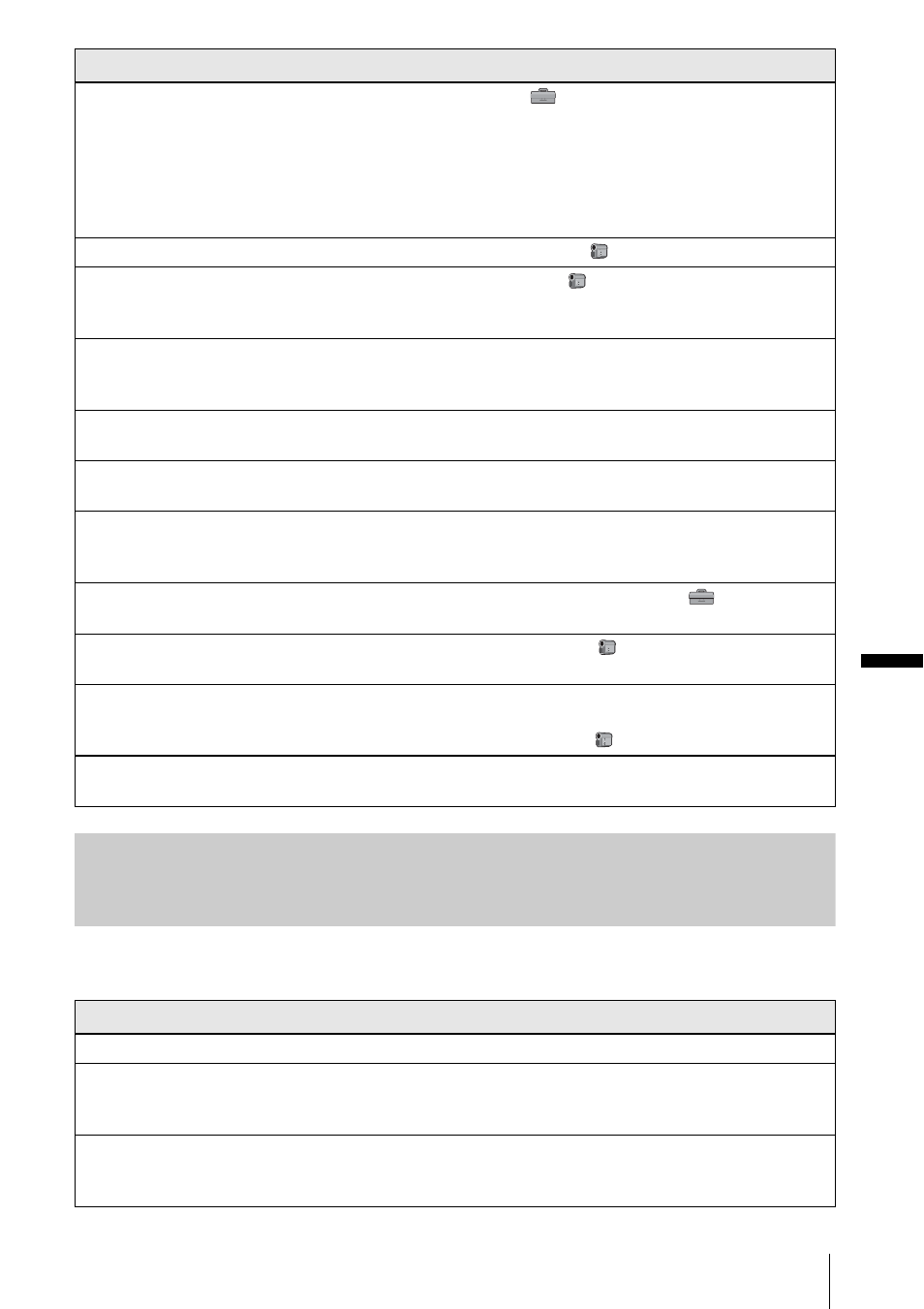 If you are playing back the pictures stored on a “Memory Stick Duo,” refer also to the “Memory Stick
Duo” section. (p. 88)

The power abruptly turns off.

(STANDARD SET) menu is set to

[5min]. (p. 70)
cWhen you leave your camcorder without doing any operation for about

5 minutes after you turn on your camcorder, the power will
automatically turns off. Slide the POWER switch down, then turn on
the power again, or use the AC Adaptor.

The SteadyShot does not function.

cSet STEADYSHOT to [ON] in the

The auto focus does not function.

cThe recording conditions are not suitable for auto focus. Adjust the focus

A vertical band appears when
recording candlelight or electric light
in the dark.

too high. This is not a malfunction.

A vertical band appears when
recording a bright subject.

• This phenomenon is called the smear effect. This is not a malfunction.

Tiny spots in white, red, blue, or
green appear on the screen.

Picture appears too bright on the
screen, and the subject does not
appear on the screen.

cCancel the back light function. (p. 28)

The shutter sound is not heard.

Black bands appear when you record
a TV screen or computer screen.

cSet STEADYSHOT to [OFF] on the

Flickering or changes in color occurs.

cThis occurs when recording pictures under a fluorescent lamp, sodium

lamp, or mercury lamp in the [PORTRAIT] or [SPORTS] mode. Set
[PROGRAM AE] to [AUTO] in the

END SEARCH does not work
correctly.

• The cassette is new and has nothing recorded.

Cause and/or Corrective Actions

Horizontal lines appear on the
picture. The displayed pictures are
not clear or do not appear.

No sound or only a low sound is
heard.

Cause and/or Corrective Actions