And satellite – Sharp UP-600 User Manual 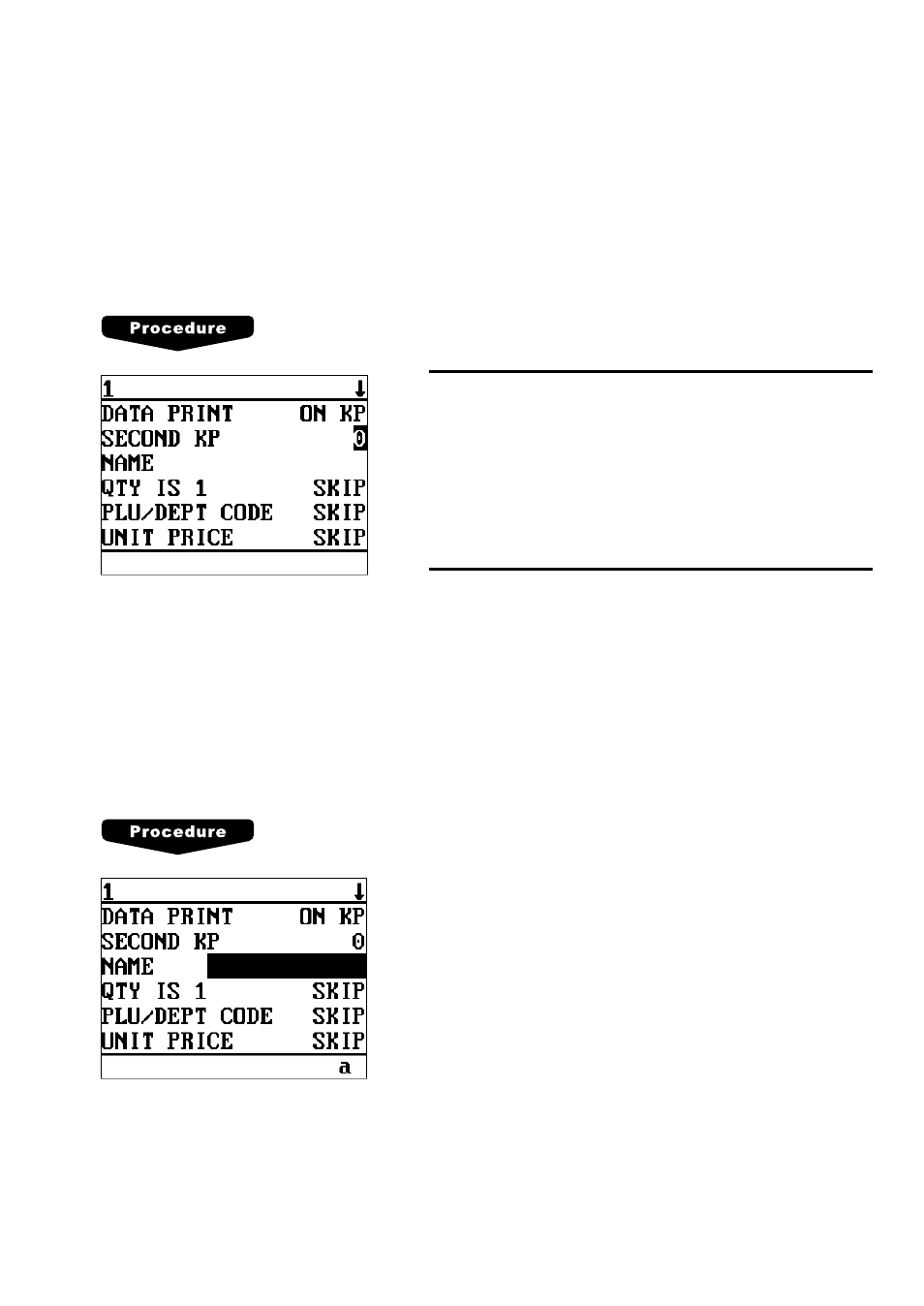 (2) Assigning the second kitchen printer number to each remote printer —

With the following procedure, you can assign a second remote printer to which data should

be output when the first remote printer encounters an error during transmission of that data.

printer breakdown or other troubles.

After the KP PRESET menu appears, proceed as follows:

Move the cursor to the “SECOND KP” line and enter

Press the [ENTER] key to finish the programming for

The programmed name will be printed together with other data on the remote printer.

This enables exact identification of the printout if the remote printer fails.

After the KP PRESET menu appears, proceed as follows:

Move the cursor to the “NAME” line and enter a desired

name for the remote printer.