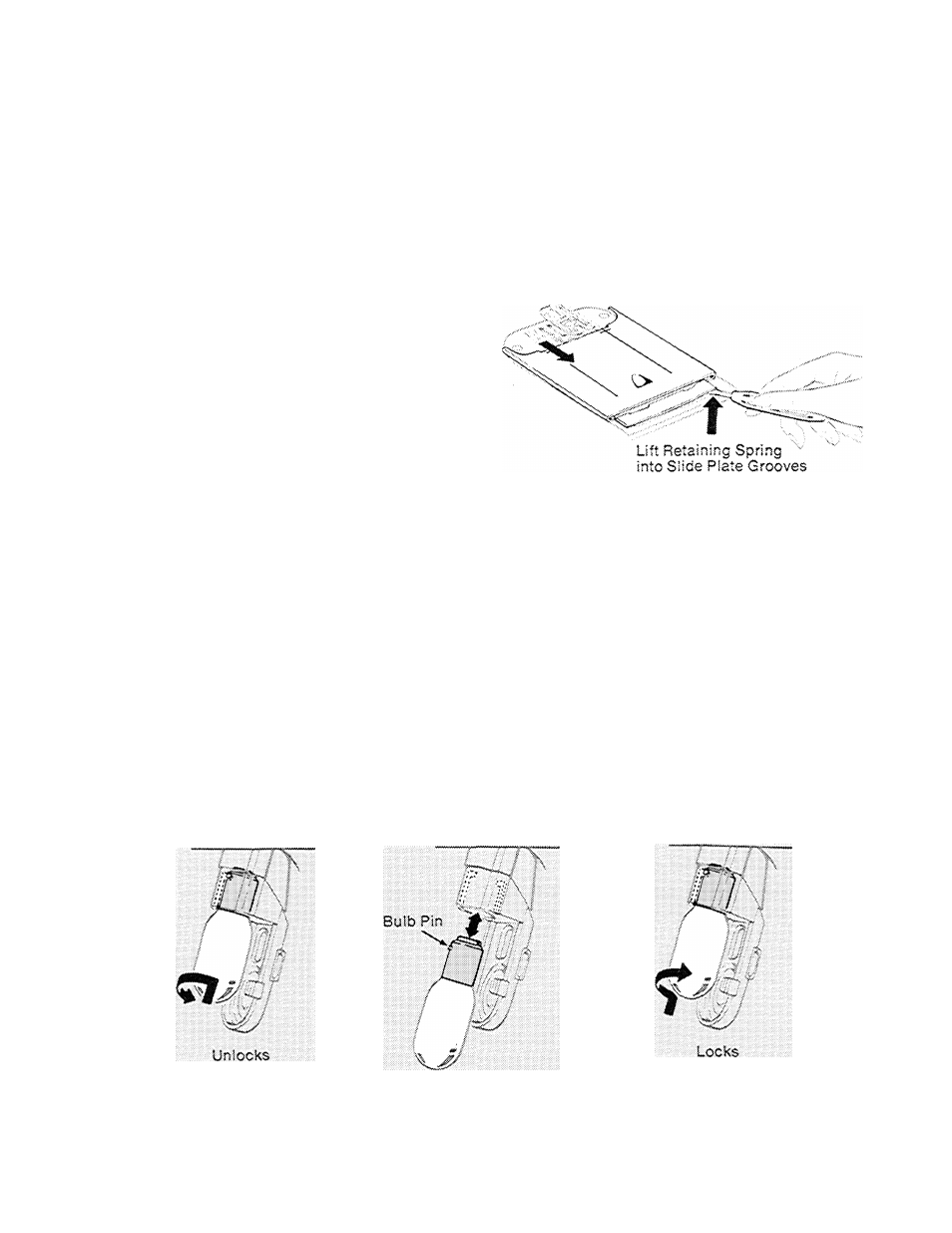 You wii! not have any occasion to remove the

slide plate. However, if it should accidentally

become disengaged from the machine, it is

• Raise the presser foot and make sure needle

is in its highest position.

• Place slide plate in slide way with the front

edge close to, but not covering, the retain­

• With a small screwdriver, lift each end of the

spring into each of the side grooves on the

underside of the plate.

• Draw the piate gently toward you and fully

Caution: Before changing light bulb make
sure you have disconnected power-line

With thumb of right hand,

push in and down on tab of light lens and

lower the light bracket. Do not attempt to

unscrew the bulb. Press it up into the

socket and at the same time turn buib over
in direction shown to unlock the bulb pin.

socket, and turn it over in direction shown

to lock bulb in position. Push entire as­

sembly up until it snaps in position.