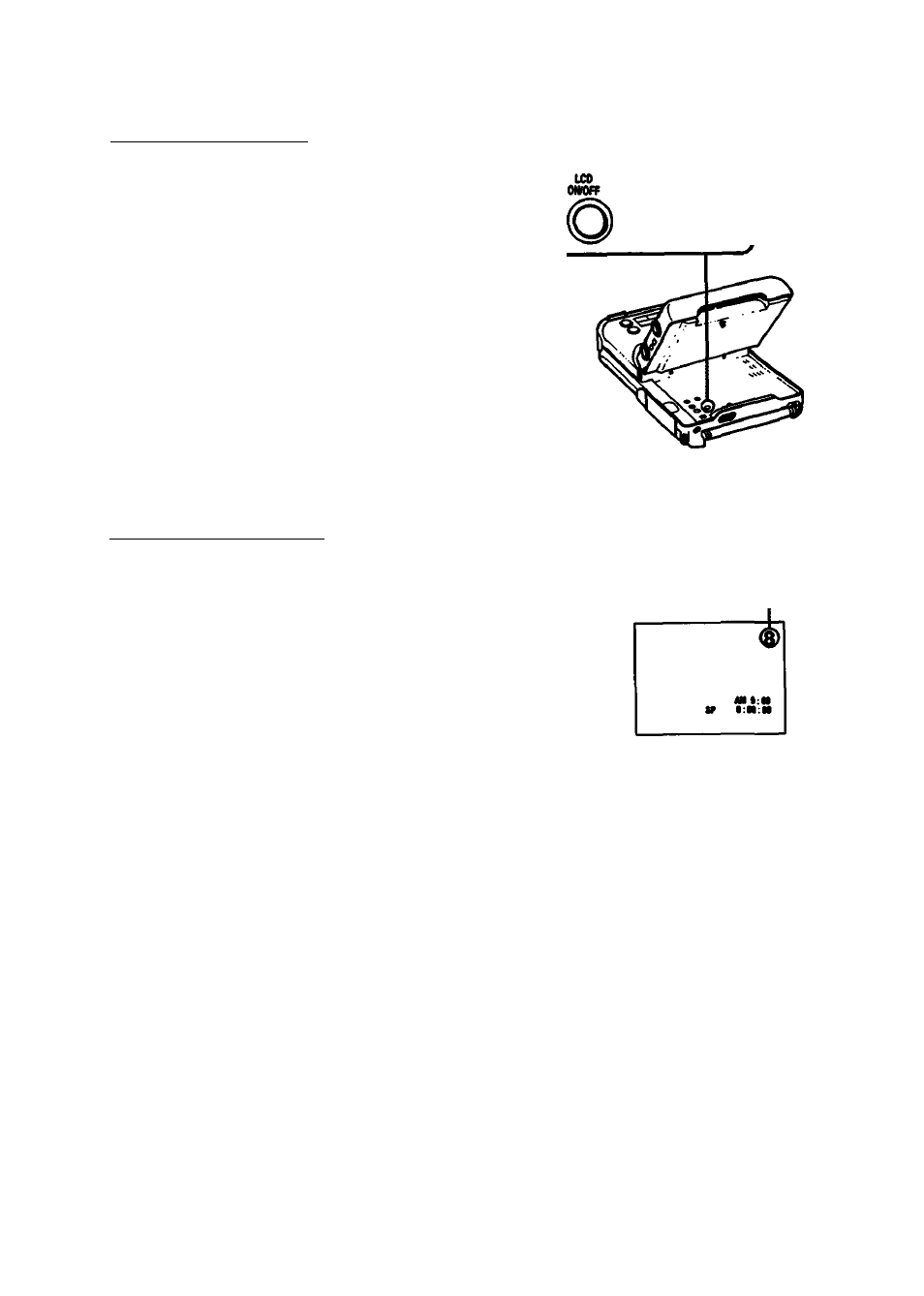 To mute (turn oft) the picture

The screen will be muted.

It is recommended to mute the picture when you view the

playback picture with another TV or monitor. The picture noise

of the TV or monitor is reduced. Battery life will also last

longer if you use the unit with the picture turned off. To restore

the picture on this unit, press LCD ON/OFF again.

When no picture is displayed and the volume is low, or the
phones are connected, the unit appears to be turned off even

though it is not. Be sure to turn off the unit with the POWER

switch when it is not in use.

To display the channel number

To make the on-screen display disappear,

After SEEK is pressed, the VHF or UHF

channel range is displayed instead of the

channel number, then goes off after a few

• While you are watching TV programs, if the power source is disconnected or the battery pack

becomes exhausted, the unit turns off with the last channel being memorized.

When you turn on the unit again, the last channel appears on the screen.

The lithium battery must be installed for this function.

• The last channel memory function also works when the TV signal is cut off, for example, when

you go through a tunnel in a moving car.

• If the lithium battery becomes exhausted but the power source is connected, the last channel