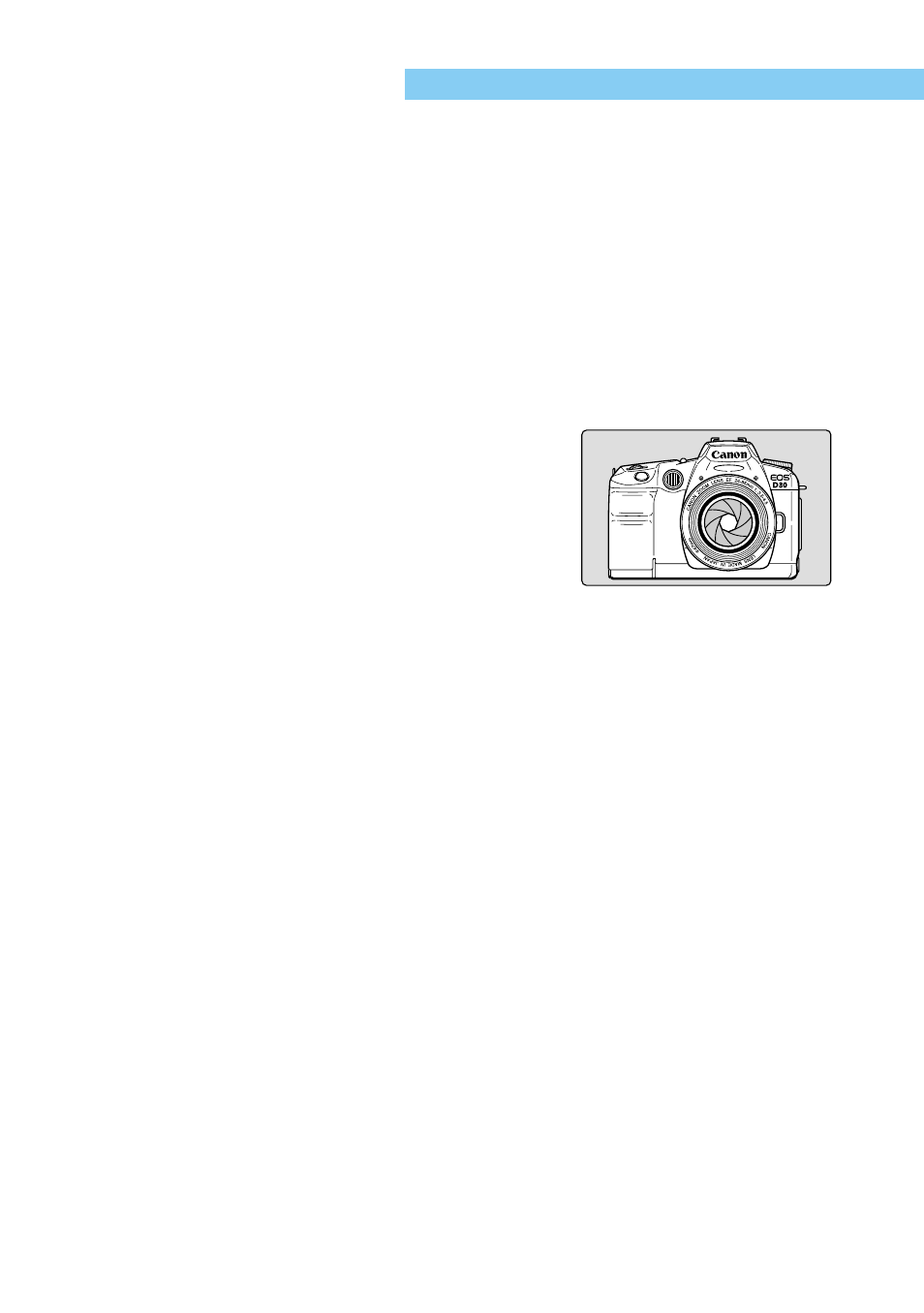 Auto Exposure is a function that calculates the exposure automatically. The camera has a built-
in exposure meter that automatically determines the correct exposure (the combination of
shutter speed and aperture value).

Auto Focus is a function that focuses the camera automatically.

The lens aperture opens and closes to control the amount
of light that reaches the imaging element. The aperture
value (or f-number) is equal to the focal length divided by
the aperture diameter. The aperture value is displayed on
the camera’s LCD panel and in the viewfinder, and ranges
from 1.0 to 91, depending on the particular lens mounted
on the camera.

CompactFlash card is the storage media used to record photo images taken by the EOS D30.

The depth of field is affected as described below:

Thus, reducing the aperture provides a deeper depth of field.

w At a given subject distance and aperture value, a lens with a shorter focal length increases

e At a given aperture value, a greater distance between the camera and subject increases

the depth of field.

r When the optimum focus is on the subject, the depth of field behind the point of optimum

focus is longer than the depth of field in front of the point of optimum focus. The depth of
field is normally twice as deep behind the subject as before the subject (see illustration).