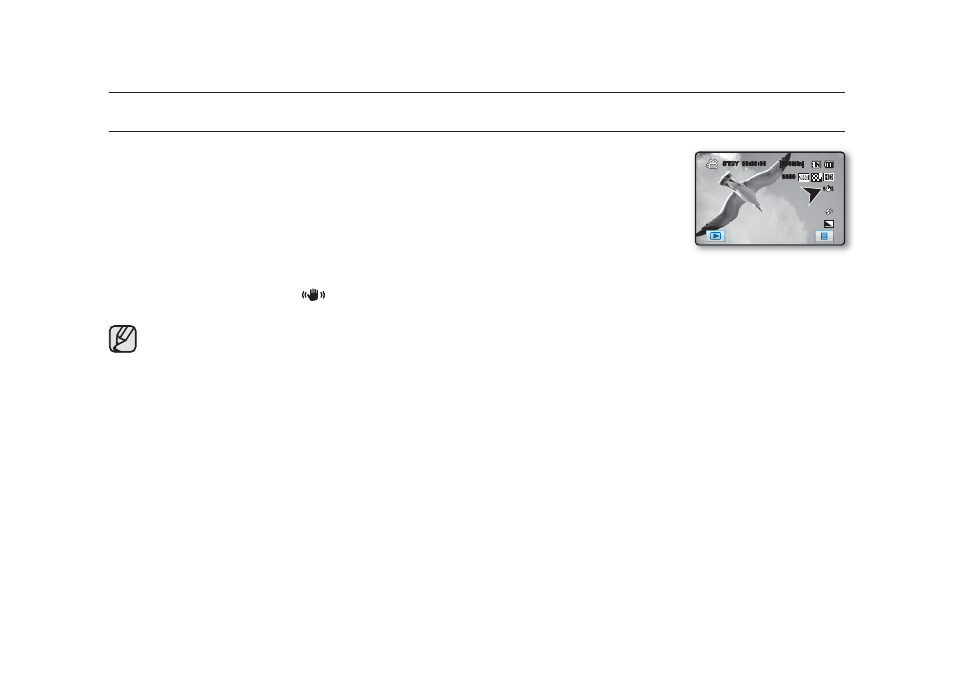 This function works only in Record mode. page 20

is a function that, within reasonable limits, compensates for shaking

movements produced when ﬁlming hand-held. Anti-shake (OIS) provides a more stable
image when:
- Recording with deep zooming
- Recording a close up picture of a small object
- Recording while walking, or moving
- Recording through the window, from inside a vehicle

) button to toggle the Anti-shake (OIS) mode between On and Off.

the movement on screen.

• Excessive camcorder shake may not be entirely corrected even if Anti-Shake (OIS): On is set.

Firmly hold the HD camcorder with both hands.

• It is recommended that you specify Anti-Shake (OIS): Off when using the HD camcorder on a desk or

locations, after-images may stand out. In this case, we recommend using a tripod (not supplied) and
turning the Anti-shake (OIS) to Off.