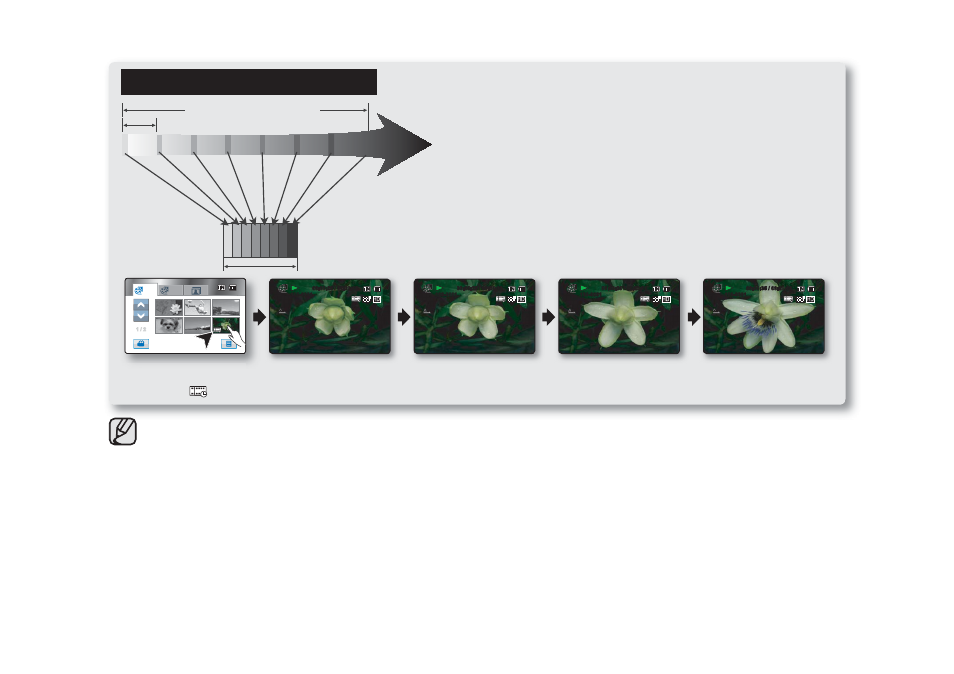 Time Lapse REC is useful for ﬁ lming in the following
situations:
• Blooming ﬂowers
• Insect’s skin-casting
• Clouds rolling by in the sky

• This function is disabled after being used one time.
• For Time Lapse REC, the [HD]720/50p resolution and Super Fine quality are supported only.
• 50 captured images compose a video of 1 second length. Since the minimum length of a video to be saved by your

• Once the Time Lapse REC ﬁnishes recording for its total recording time, it switches to the standby mode.
• Press

Recording start/stop button if you want to stop the Time Lapse REC.

mode. After a while, it displays a warning message, then turns off automatically.

• When memory runs out while performing Time Lapse REC, the camcorder switches to the standby mode after saving

what was recorded so far.

• During Time Lapse REC, the zoom and focus functions are ﬁxed so that you cannot change the settings.

Even though the subject is moved, the focus cannot be changed.