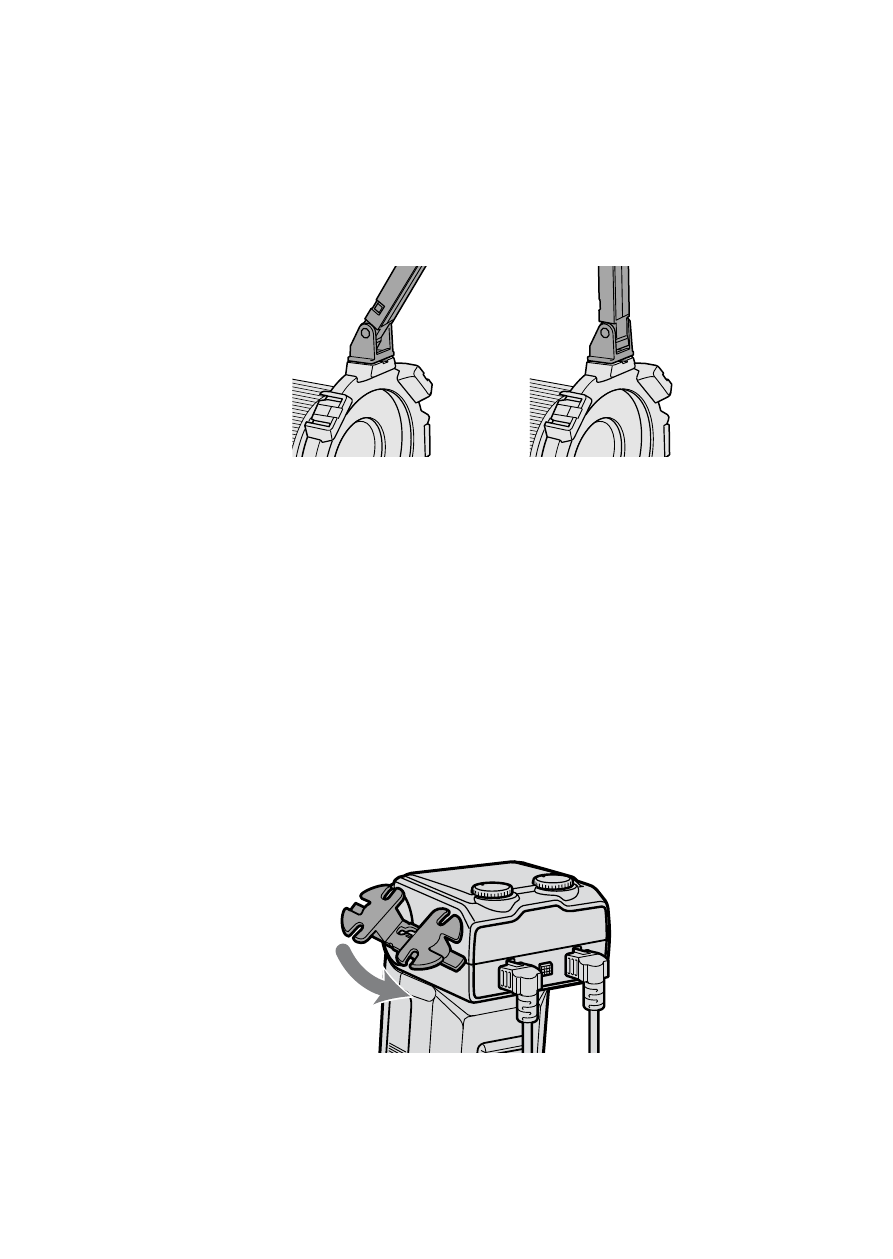 When changing the angle to 60° position, hold both ends

of the arm and move it so that it clicks twice into place.

 The angle of the arm can be adjusted to either of two positions, 60° or 90°

breakage, only use in these two positions. Also, do not attach the two arms

in combination. Doing so may damage the arms.

slack in the connecting cord of the twin flash unit.

Attaching the cord reel to the macro flash

As illustrated, first check the up-down direction of the cord
reel, and then attach the top of the cord reel followed by the
bottom of the cord reel to the reel-attachment points on the
side of the macro flash controller.