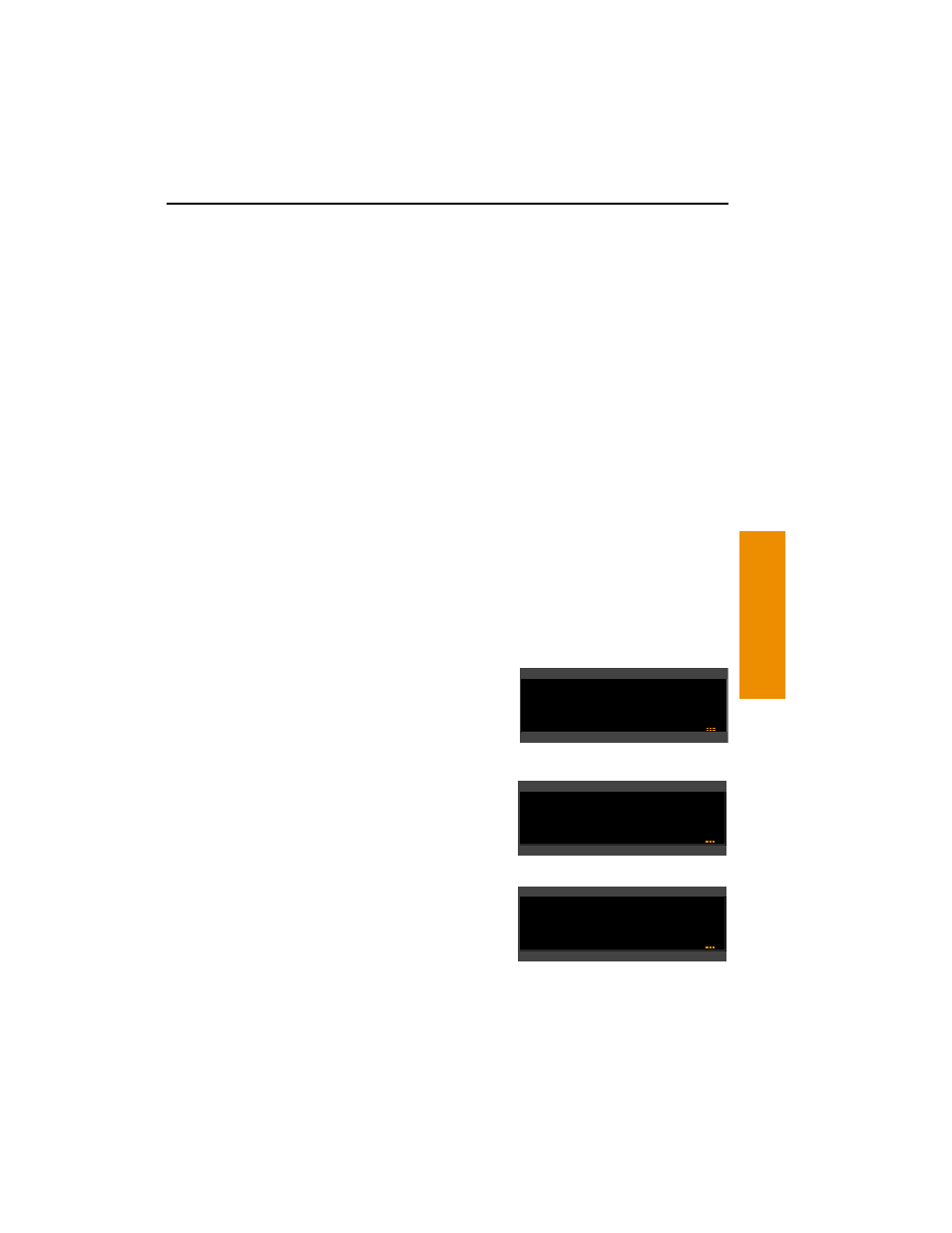 In the initialization state the GPS receiver is in the process of
initializing itself, collecting information such as the date, time, and last
present position. Next, the receiver collects data from its own
memory to determine which satellites should be visible. After
completing the initialization process the receiver begins the
acquisition process. During this time, the visible satellites are being
acquired and data is obtained from them.

The transition state indicates an adequate number of satellites for
navigation has been acquired and is being tracked but no position
data can yet be produced.

Normal navigation is indicated by a NAV, NAV A, or NAV D GPS
state. NAV A indicates that the altitude input is being used in the
position solution. NAV D indicates that besides calculation position,
the receiver is collecting and storing in its memory additional data
from the satellites (called ephemeris and almanac data).

Line 2 of the OTH 1 page displays the present GPS-derived altitude,
that is, the altitude that is being indicated by the GPS position
solution.

WARNING: Do not use the GPS-derived altitude for navigation.
Due to Selective Availability position degradation and other fac-
tors, the GPS altitude is normally 300 feet or more in error,
which is unacceptable for vertical navigation.

Lines 3 and 4 of the OTH 1 page dis-
play the KLN 89(B)’s estimated
position error. The KLN 89(B)’s posi-
tion error depends upon such factors
as the number of satellites being
received, the strength of the GPS sig-
nals, and the geometry of the
satellites presently being used for
navigation.

Figures 3-184, 3-185 and 3-186 show
a representative example of a set of
OTH 2 pages. There will be three
OTH 2 pages if more than six
satellites are being received as in this
example. The following information is
displayed for each satellite on the
OTH 2 pages: