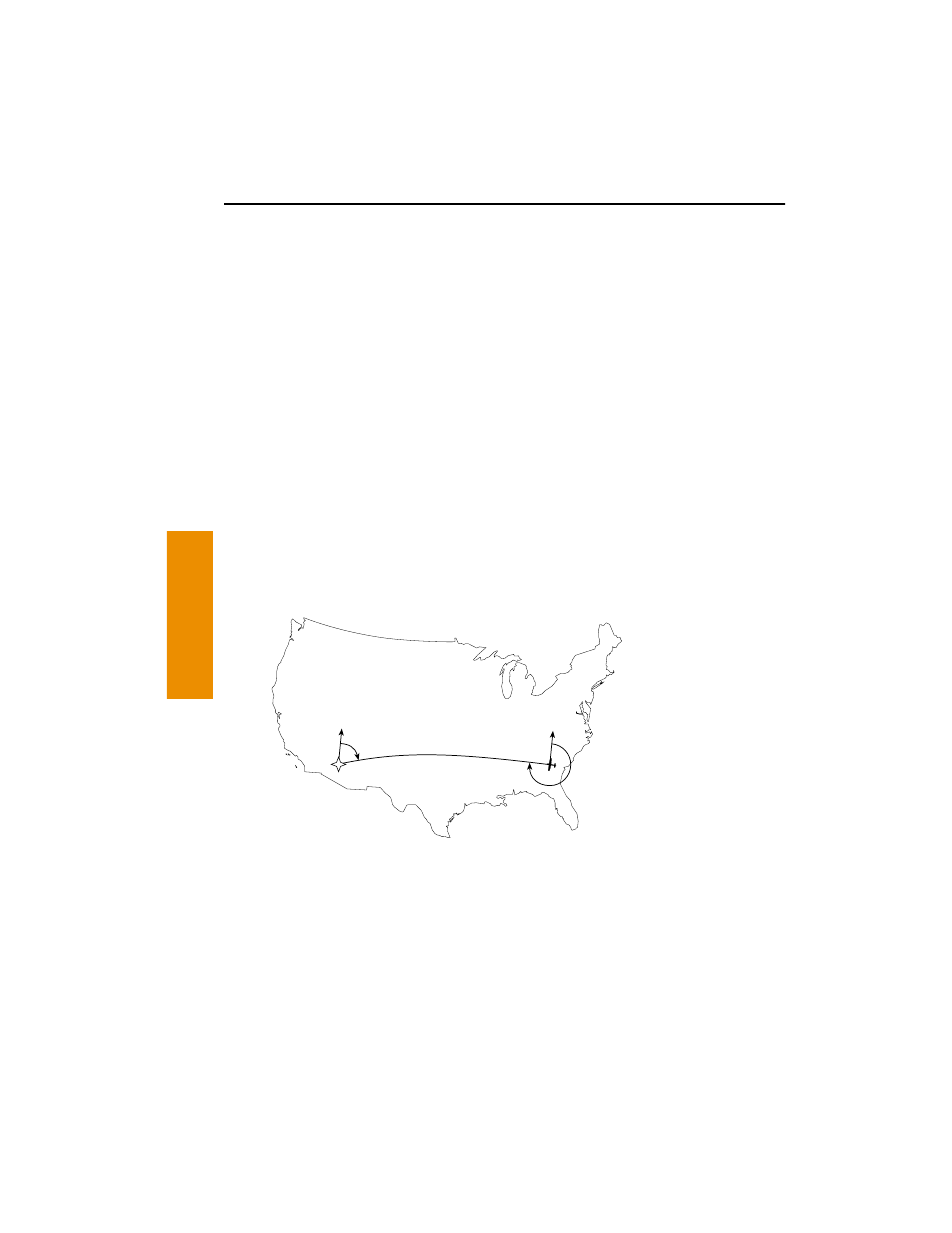 Line 3: Magnetic desired track, and magnetic actual track (see
Appendix A for navigation terms). In normal on-course flight, it is
desirable to steer the aircraft to keep these two numbers equal.

Line 4: A cyclic field which can display either bearing to the active
waypoint (To), radial from the active waypoint (Fr), or the VNAV sta-
tus, which will either by Off, Armed, time until VNAV begins, or the
suggested VNAV altitude (see section 4.4). By placing the cursor
over this field and pressing the

button, you may toggle between

NOTE: Due to “great circle” courses and magnetic variation differ-
ences between present position and the active waypoint, the To
bearing and From radial may not be exactly 180° different from each
other when the system is in the Leg mode. This condition is most
likely to occur when long distances are involved, and/or you are
operating in very northerly or southerly latitudes. See figure 3-118 for
an example depicting a case like this. The aircraft is somewhere over
Georgia, and the active waypoint is KPHX. The bearing to steer is
269°, and radial is 72°. Generally, you will want to use bearing (not
radial) when long distances are involved.