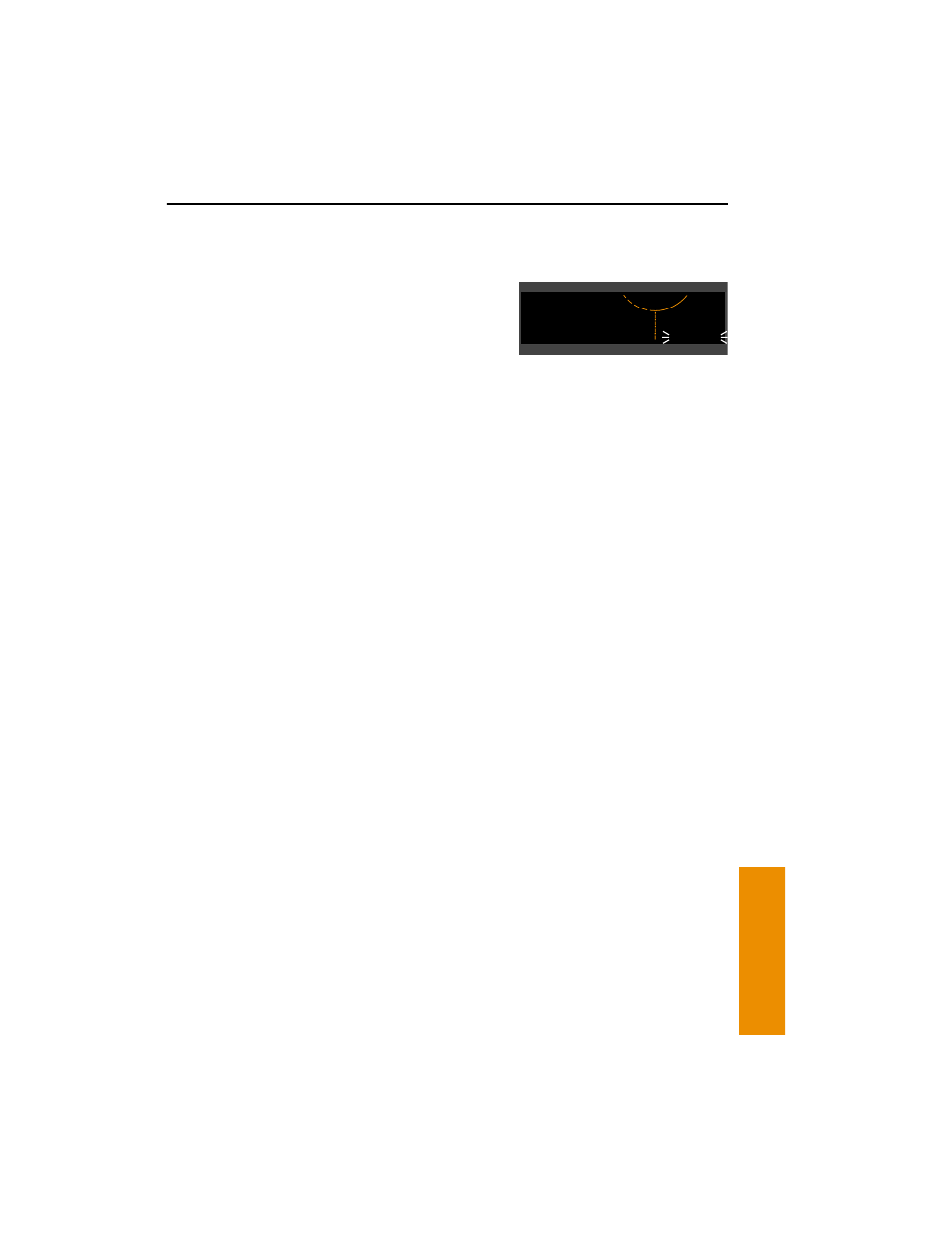 • From either page press

. This will change the waypoint

If it is desired to recompute

the arc intercept point then
press

intercept point is not desired
then press

was pressed, then the

KLN 89B will calculate an arc

intercept point based on the

present track of the aircraft over

NOTE: If the present track does not intercept the arc, then the
KLN 89B will display No Intcpt in the scratchpad area of the screen.

When the aircraft approaches the arc the KLN 89B will provide
waypoint alerting and turn anticipation to join the arc.

10. During the arc, the desired track will be constantly changing. To

help you keep the orientation correct the NAV 4 page will auto-
matically display DTK on the fourth line. It is not possible to
change this to something else while on the arc. The value dis-
played for the desired track will flash when the difference
between the CDI or HSI and the current desired track is greater
than 10°.

11. Some DME arcs have defined radials that serve as step down

fixes. These points are not stored in the data base. To help you
determine your position relative to these step-down points along
the arc, the KLN 89B will display a new value in the bottom right
corner of the display on the NAV 4 page. This new bit of informa-
tion is denoted by the letters ARC followed by three numbers.
The three numbers represent the current radial that you are on
relative to the reference VOR/DME. The arc radial is forced into
this position when the aircraft is 30 NM from the arc. The ARC
display is shown in figure 5-24. Just watch this value and when it
reads the same as one of the step-down points you can descend
as necessary. This particular example does not have such
points, but there are quite a few approaches that do.