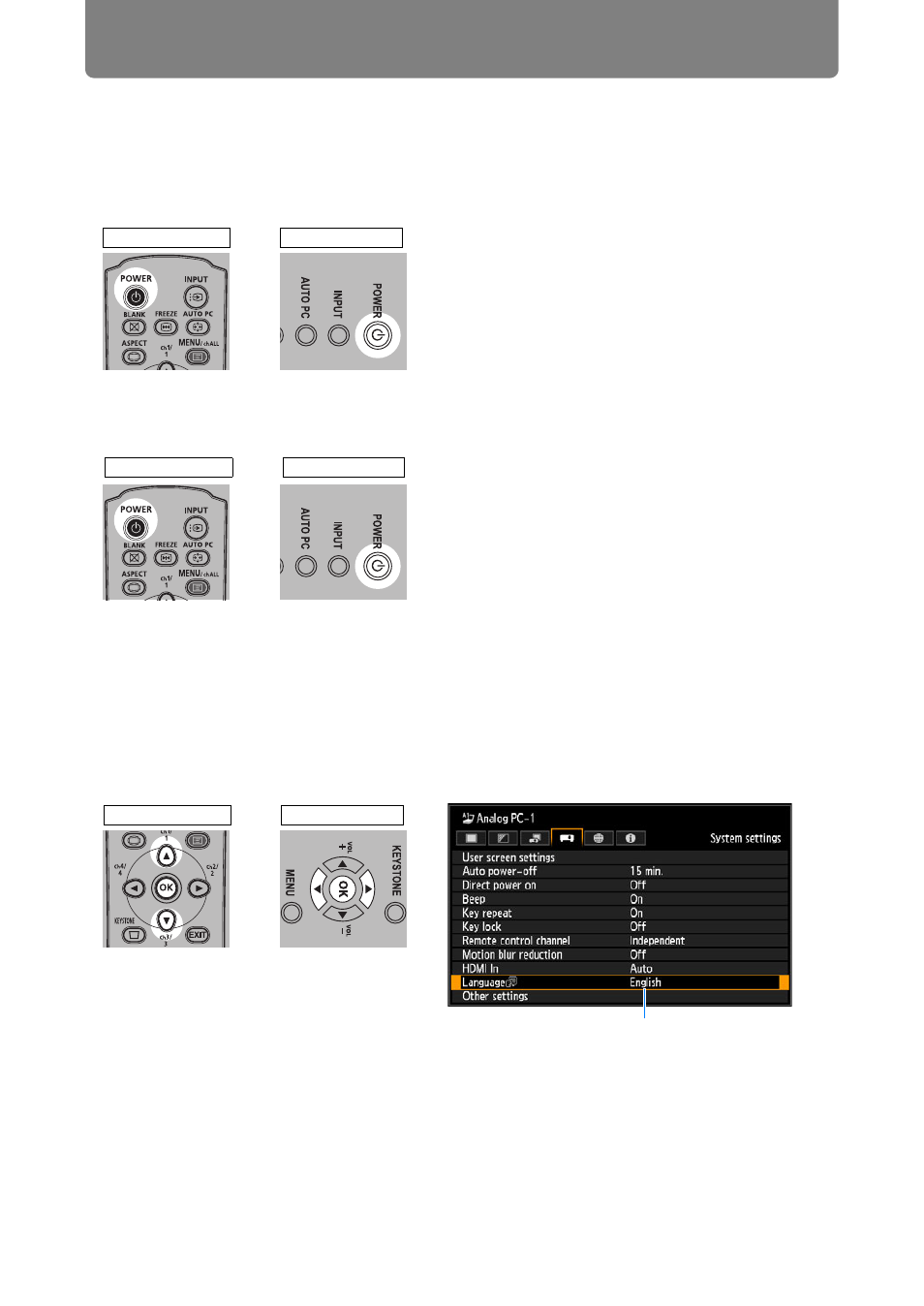 Press the POWER button on the remote control or on the projector.
The [POWER ON] indicator initially flashes green, after which it remains lit.

Press the POWER button on the remote control or on the projector twice.

■ When the Language Selection Screen Appears

A screen appears when the projector is turned on for the first time. You can select a
language to be used by the projector for displaying menus and messages in the
window. Select the desired language with the pointer buttons and press the OK
button.
You can change the language from the menu at a later time. (

If the language selection screen is out of focus, adjust the focus. (

An item highlighted in orange will be selected.