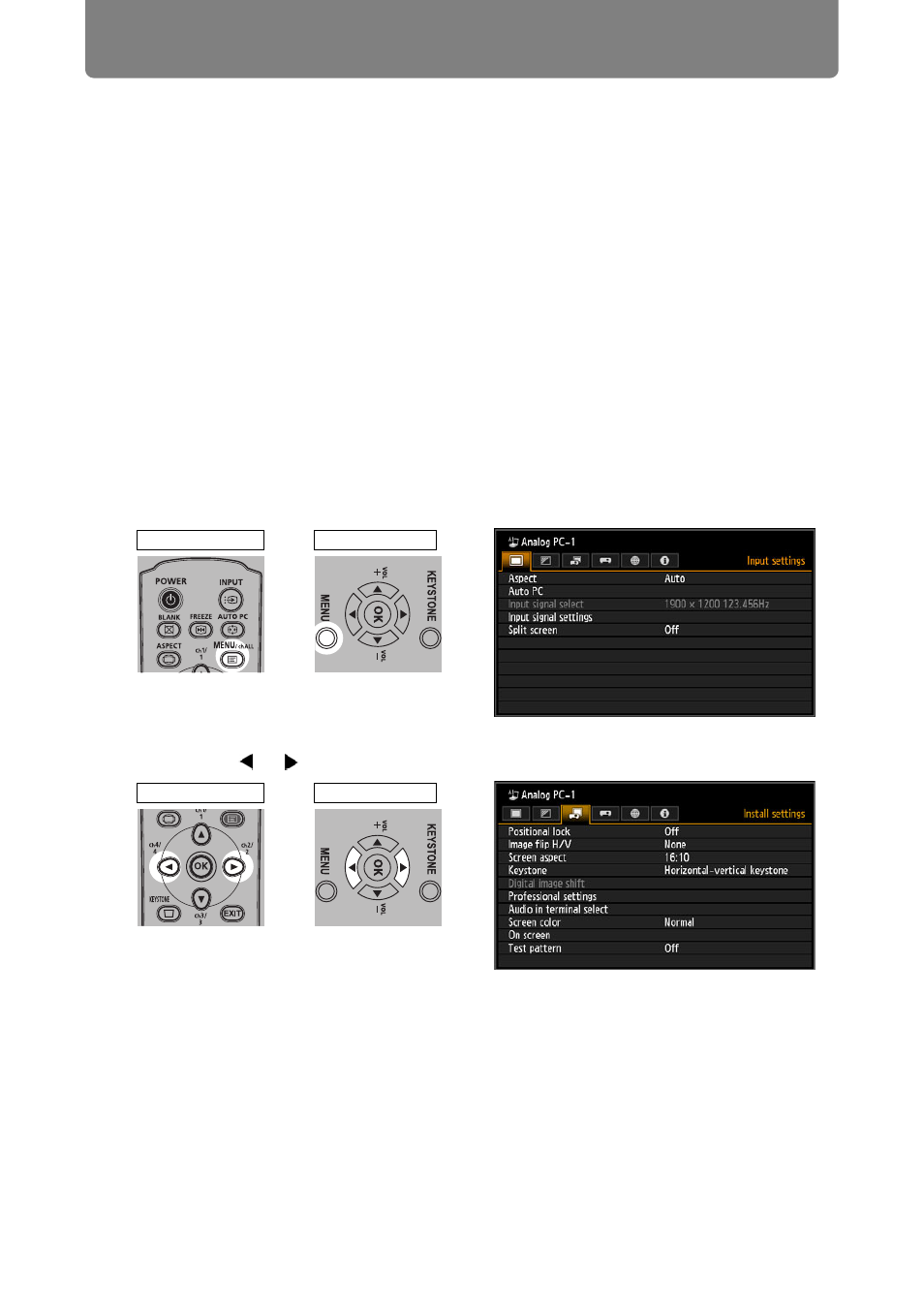 You may need to change the setting depending on the resolution of the computer or
other AV equipment connected. If the image is not projected with the desired
aspect ratio, refer to “Relationship between Aspect and Screen Aspect” on

Select the correct aspect ratio for the screen which is used.

Press the MENU button to display the menu window.

Select the same screen aspect ratio as the screen you are
using.