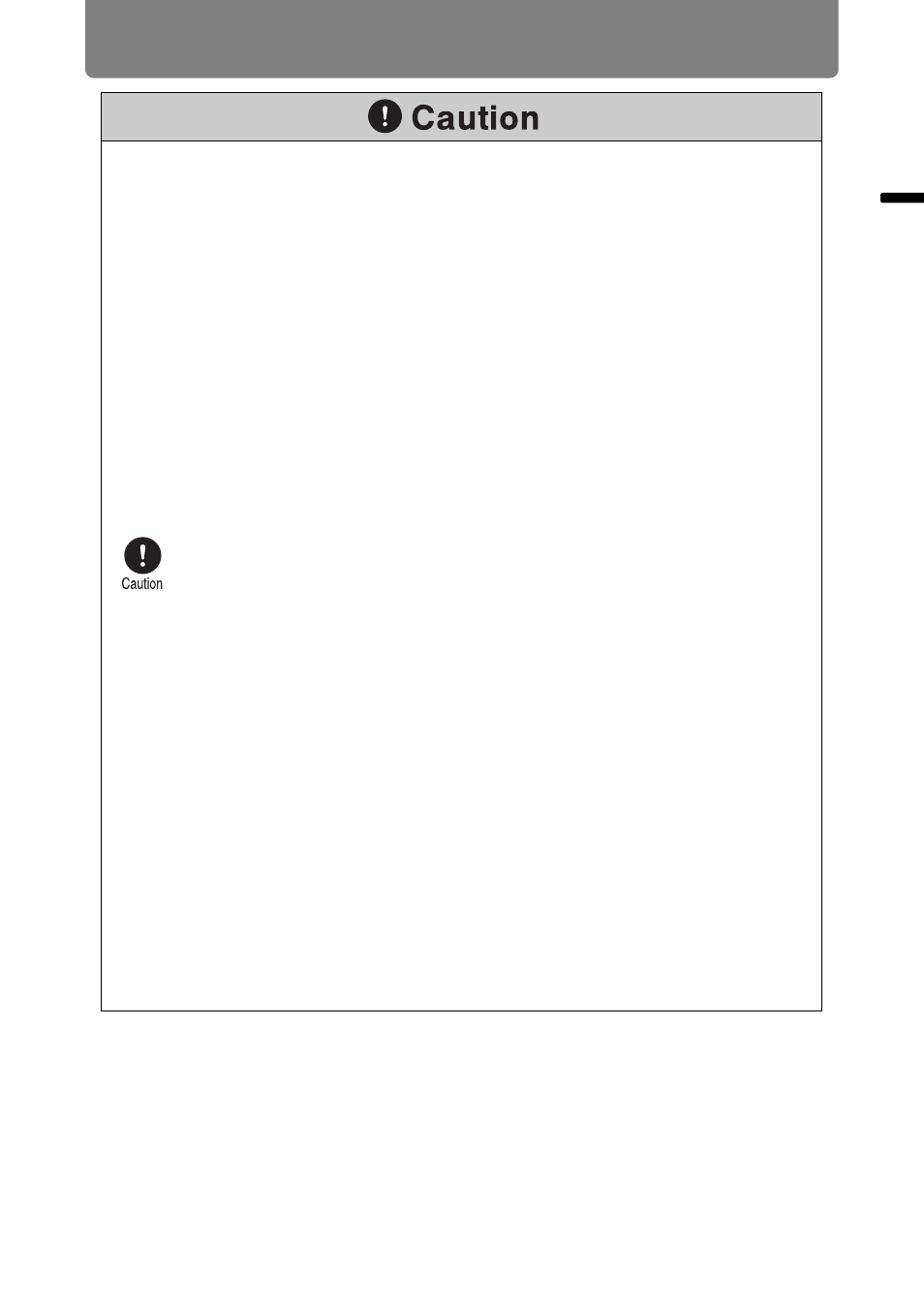 Pay attention to the following points when installing or using the projector.

• Do not touch the lens with bare hands. Doing so may result in deterioration

• Do not install the projector in a location where the temperature is high or low.

Doing so may cause a malfunction. The temperature range for operation and
storage are as follows.

color due to heat.

) in the [Install settings] menu.

• Do not use the projector on a soft surface such as carpet or sponge mat, etc.

Doing so could cause heat to build up inside the projector and this could
result in a malfunction.

• Do not block the air intake or exhaust vents of the cooling fan. If the air

intake or exhaust vent is blocked, heat cannot be released from inside the
projector, which may shorten the useful life of the lamp or cause malfunction.

accident. Install the projector so that the left / right incline is within 10°.

vents are separated from the wall by more than 50 cm (1.6'). Failure to do so
could cause a malfunction.

• Do not install the projector in a location that is damp, or where there is a lot

of dust, oily smoke or tobacco smoke. Doing so could cause contamination
of optical components such as the lens and the mirror and may result in
deterioration of image quality.