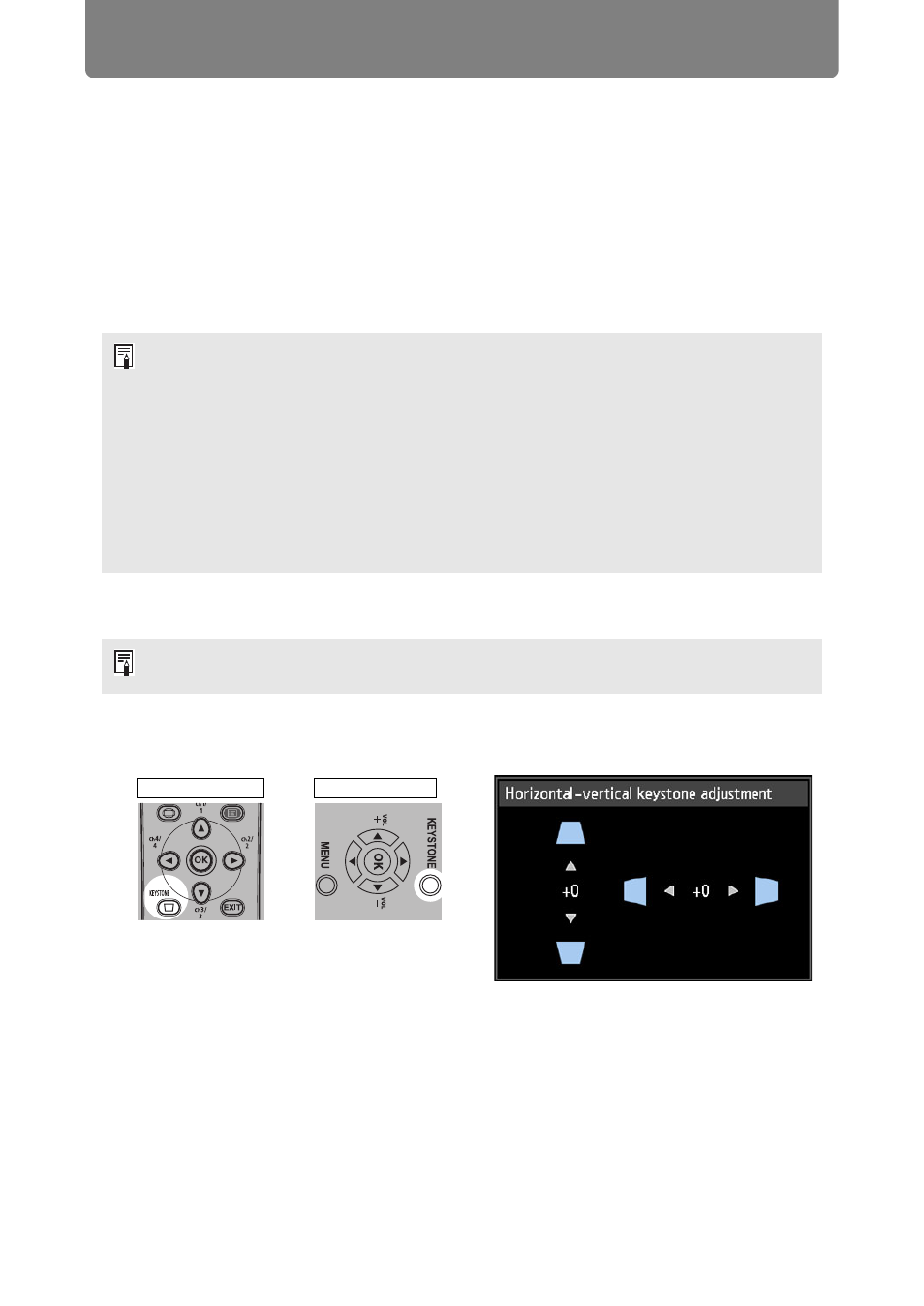 ). Press the KEYSTONE button to correct

distortion according to the selected keystone correction method.

approximately ±12° (WUX400ST/WX450ST). If the keystone distortion is too large to
adjust, move the projector installation position so that it is completely straight.

• The result of keystone adjustment is stored in memory. If you place the projector in the

same position, the keystone adjustment is not necessary.

• Signals are processed digitally when keystone distortion is corrected. The image may

look different from the original one. In addition, the aspect ratio of the image may
change.

• Keystone correction may not be effective in some lens shift positions.
• The digital image shift function (

) is accessed when this button is pressed and the

) in the [Install settings] menu is not available during horizontal/vertical