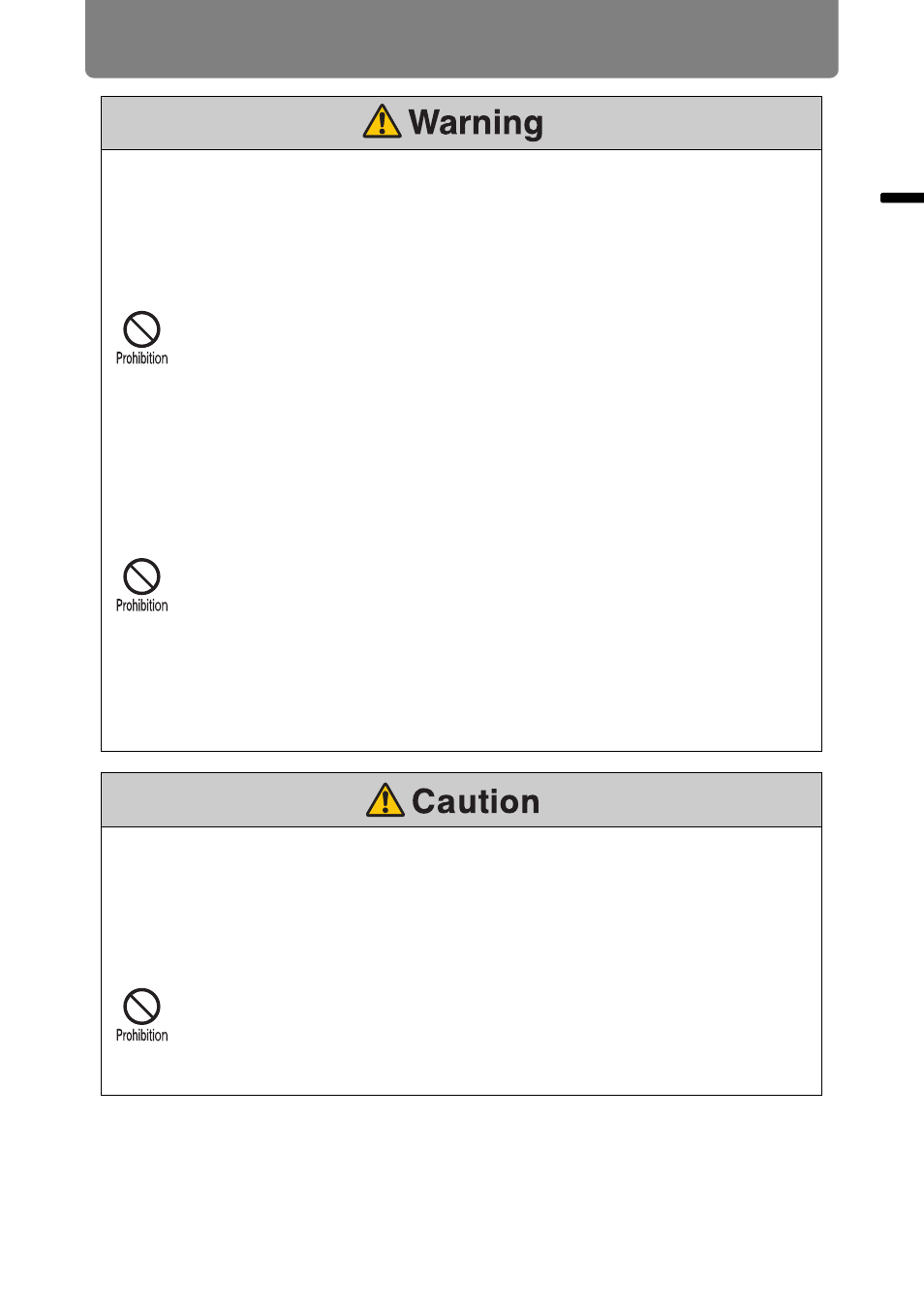 Pay attention to the following points regarding installation and handling of the projector.
Failure to do so may cause a fire, electric shock or personal injury.

• Do not move the projector until you have switched off the power, removed

the power plug from the power outlet and unplugged any other cables.

• Do not remove the cabinet from the projector or disassemble it. The interior

of the projector contains high-voltage components as well as parts that are
hot. These could cause an electric shock or burn. If inspection, maintenance
or repair is required, contact the Canon Customer Support Center.

• Do not disassemble or modify the projector (including consumable parts) or

• Do not look directly into the exhaust vents during use.

• Do not insert any object into vents in the projector, such as the air intake vent

• Do not place a pressurized can in front of the exhaust vents. The pressure of

the contents of the can may increase due to heat from the exhaust vents and
this could result in an explosion.

• As strong light beams are emitted while the projector is in use, do not look

directly into the projector lens. Doing so could cause an eye injury. Pay
particular attention to prevent small children from doing so.

image, conduct your presentation from a position where your shadow will not
be cast on the screen and where you do not feel blinded by light from the
projector.

• When setting the projector on a high surface for projection, be sure the

surface is flat and stable. Failure to do so could result in the projector falling
down and causing an accident or personal injury.

Pay attention to the following points regarding installation and handling of the projector.

• If the projector will not be used for a long period of time, be sure to remove

the power plug from the power outlet to ensure safety. Failure to do so could
cause a fire.