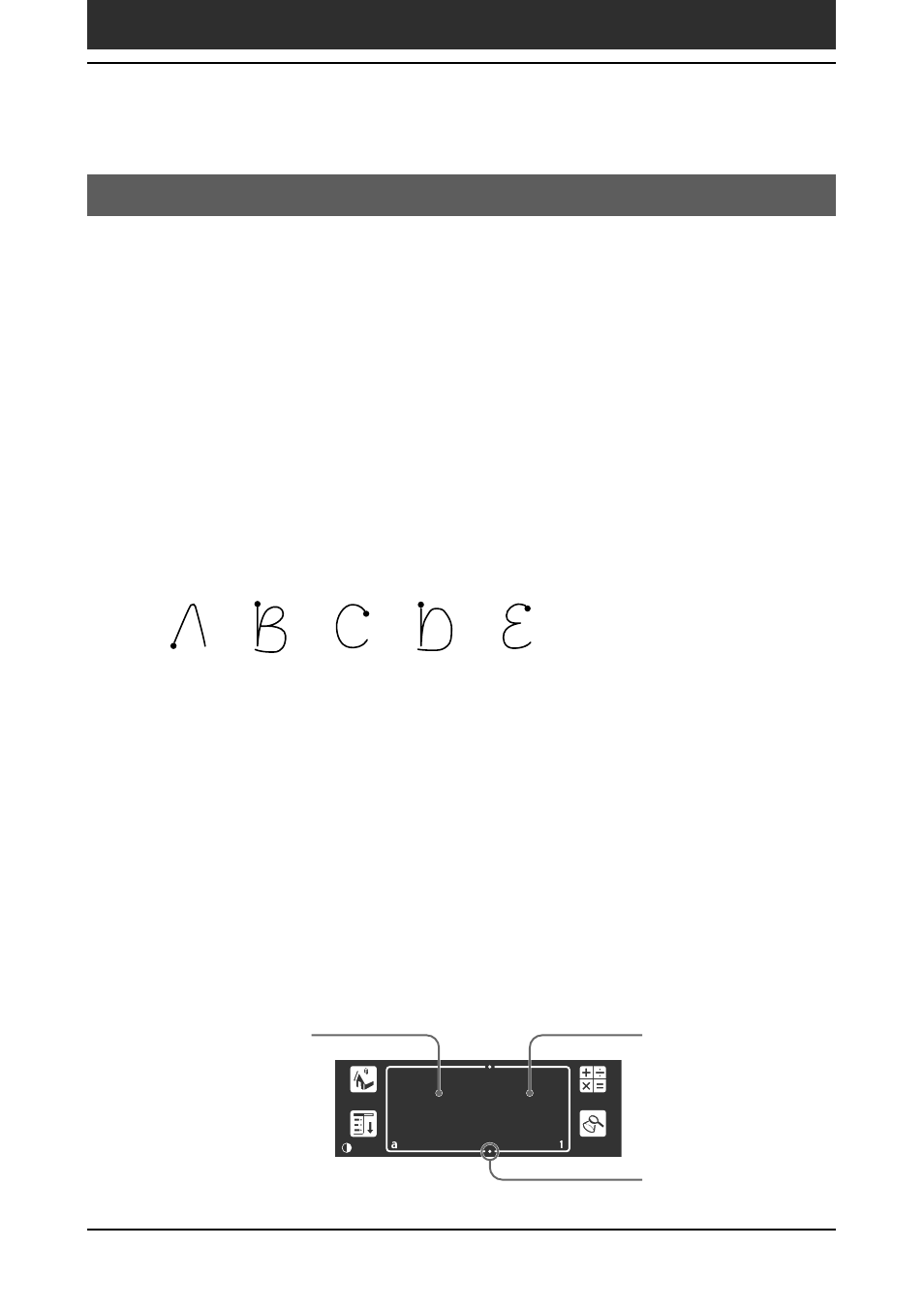 This section describes the procedures for creating letters, numbers,
punctuation, and symbols, and teaches you some Graffiti

What is Graffiti writing?

Most people find they can enter text quickly and accurately with only
minutes of practice. Graffiti writing includes any character you can type on a
standard keyboard. The Graffiti strokes closely resemble the upper case
letters of the regular alphabet, which makes Graffiti writing easy to learn.

There are four basic concepts for success with Graffiti writing:

alphabet table in this chapter, and as shown below, you can achieve 100%
accuracy.

• The heavy dot on each shape shows where to begin the stroke. Certain

characters have similar shapes, but different beginning and end points.
Always begin the stroke at the heavy dot (you should not create the heavy
dot; it is only there to show you where to begin the stroke).

• Most characters require only a single stroke. When you lift the stylus from

To allow you to write an entire character with a single stroke, some
Graffiti strokes are portions of the regular alphabet equivalents.

• The Graffiti writing area is divided into two parts: one for writing the

letters of the alphabet and one for writing numbers. The small marks at
the top and bottom of the Graffiti writing area separate the two areas.

Graffiti writing examples:
A, B, C, D, and E