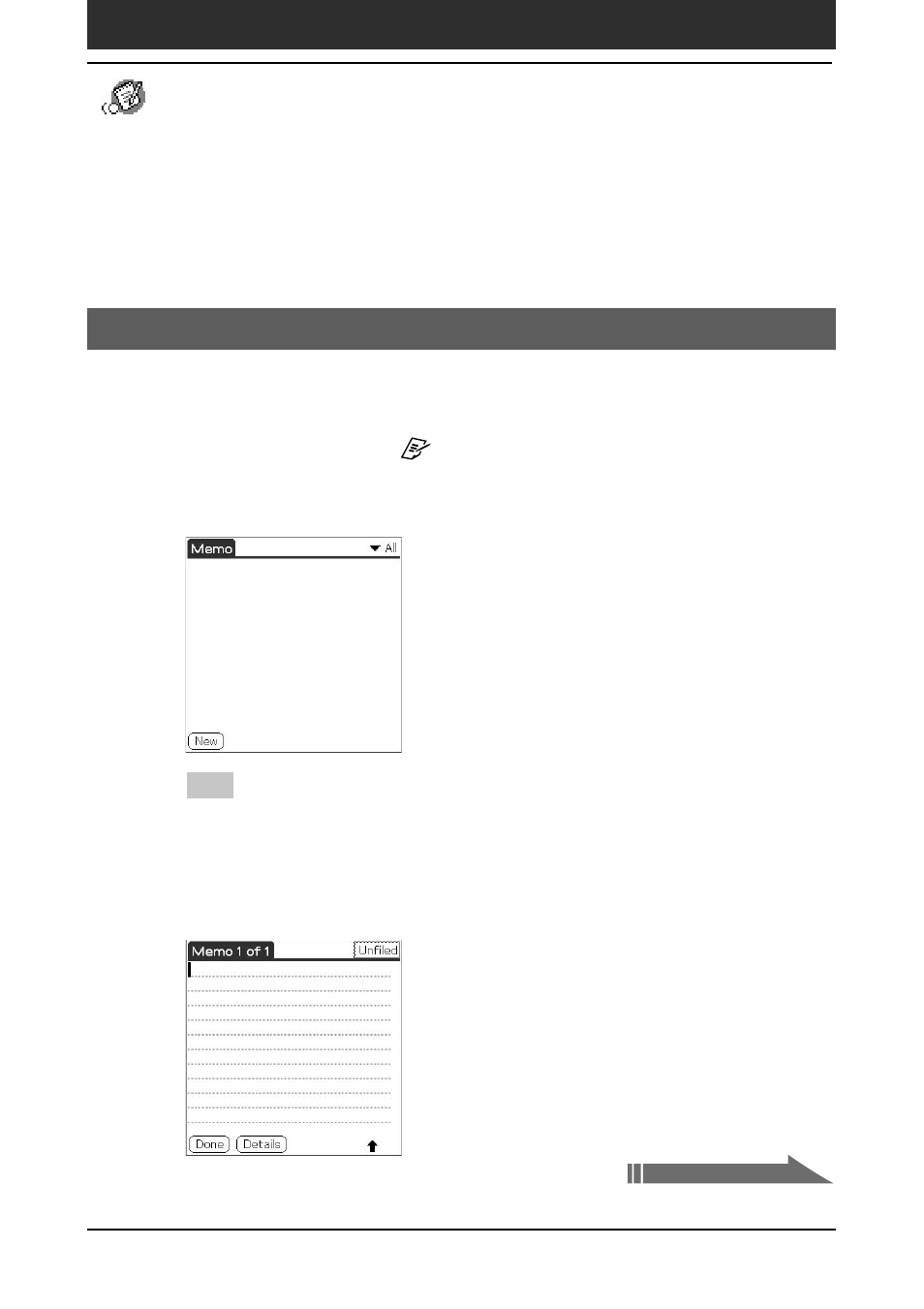 You can use Memo Pad to create brief memos on your CLIÉ handheld. You
can also display TXT or CSV (Comma Separated Value) document files
created on your computer (page 124). A record in Memo Pad is called a
“memo.”

A memo can contain up to 4,000 characters. The number of memos you can
store is limited only by the memory available on your CLIÉ handheld.

button on the front panel.

Press the Memo Pad button repeatedly to cycle through the categories in which
you have memos.

A new memo is created.

Continued on next page